A delegation from the Fernandeño Tataviam Band of Mission Indians presented Whose Land Are We On?, a teach-in on May 1 at CalArts’ Lulu May Von Hagen Courtyard.

Whose Land Are We On? occurred a year after a CalArts delegation visited the tribal headquarters in San Fernando during a historic meeting to establish a dialogue and connection. During his introduction, CalArts President Ravi Rajan thanked the guests for reciprocating the initial invitation and noted the Institute’s commitment to further cultivating the relationship. The event is the latest installment of an ongoing series of conversations, events and activities.

Land acknowledgement is defined by the U.S. Department of Arts and Culture as the routine offering of respect and recognition, and making efforts to correct the practices and stories that have systematically destroyed indigenous history and culture. The guest speakers spoke about the necessity of normalizing land acknowledgement and invited attendees to form small groups to devise and share different acknowledgement practices at CalArts and beyond. 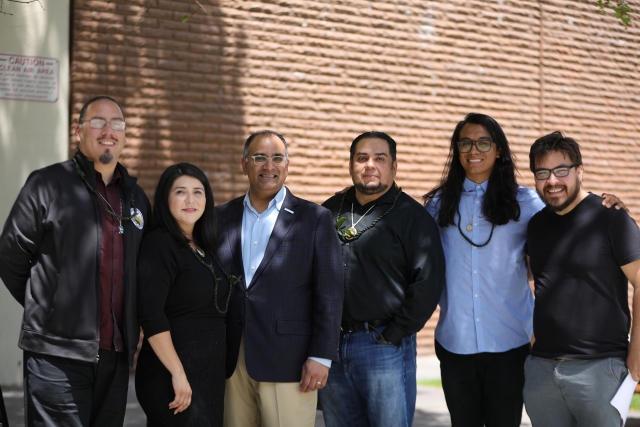 The event was moderated and sponsored by ArtChangeUS, the CalArts Student Union, and the CalArts Offices of the President and Provost.