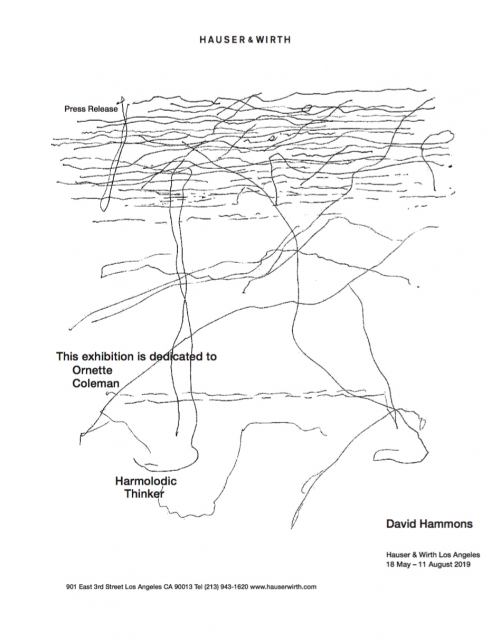 The New York Times describes Hammons as an artist “uninterested in accolades or institutional attention” and as someone who “cultivated an enigmatic persona predicated as much on conceptual rigor as resistance to public life.” From 1966 to 1968, he attended the Chouinard Art Institute, which would eventually become CalArts, and moved to New York in the 1970s, making works that engaged with Black American life.

Over the last few decades, Hammons has made a name for himself in the art world, not only due to the topics of his pieces, but also due to their material composition. The same New York Times article also mentions his “sculptures rendered from the flotsam of the black experience — barbershop clippings and chicken wing bones and bottle caps bent to resemble cowrie shells — dense with symbolism and the freight of history.” 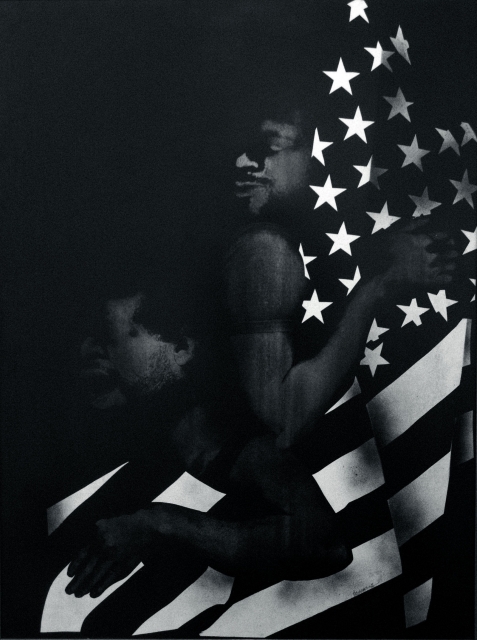 Harmolodic Thinker is only one of several exhibits from Black artists that have opened in L.A. recently. Hammons’ work is also currently on display as part of Soul of a Nation: Art in the Age of Black Power at The Broad. This show features work from artists Romare Bearden, Barkley Hendricks, Noah Purifoy, Martin Puryear, Faith Ringgold, Betye Saar, Alma Thomas, Charles White and William T. Williams.  The museum site notes that the exhibit aims to “shine a bright light on the vital contribution of Black artists made over two revolutionary decades in American history, beginning in 1963 at the height of the civil rights movement.”

Additionally, LACMA is currently displaying work from one of Hammons’ biggest inspirations, Charles White, via Charles White: A Retrospective. This the first major museum retrospective on the artist, tracing “White’s career and impact in the cities he called home: Chicago, his birthplace; New York, where he joined social causes and gained acclaim; and Los Angeles, where he developed his mature art and became a civil rights activist.” 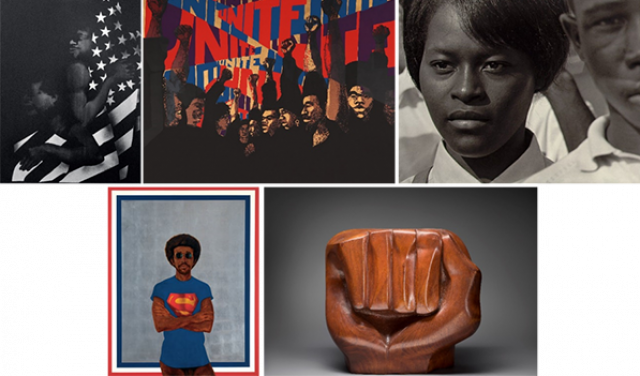