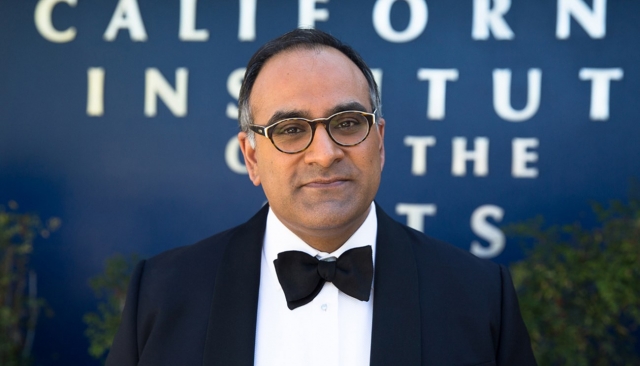 For the second year in a row, CalArts President Ravi S. Rajan has been recognized in the Los Angeles Business Journal’s (LABJ) 2019 LA500, the publication’s annual list of LA County’s 500 most influential business leaders.

The LA500, published Monday, May 20, celebrates its fourth edition with a survey of LA’s booming business culture. According to the Los Angeles Economic Development Corporation (LAEDC), the local economy expanded by nearly 3 percent in 2018.

Rajan took the helm at CalArts in June 2017. He succeeded President Emeritus Steven D. Lavine, whose tenure lasted nearly three decades. Rajan ushered in a new era at CalArts as the Institute’s first Asian American head; and upon his inauguration became the first Indian American to be named president of an American art school. He previously served as faculty and later dean of SUNY Purchase College’s School of the Arts.

Rajan’s first two years at the Institute are marked by a commitment to its vibrant, eclectic community. He is supporting the Strategic Visioning Project, a two-year project that will chart CalArts’ trajectory for the next 10 years. The initiative, which kicked off in 2018, identifies CalArts’ present challenges from faculty, staff, students and alums, and proposes methods and opportunities for growth. Rajan’s administrative intuition aligns with what LABJ defines as the “vision, energy and resourcefulness” of its LA500 honorees.

An accomplished musician, educator and administrator, Rajan is a fellow of the Royal Society of Arts in London, a former member of the Tony Awards Nominating Committee and former president of the Asian American Arts Alliance.