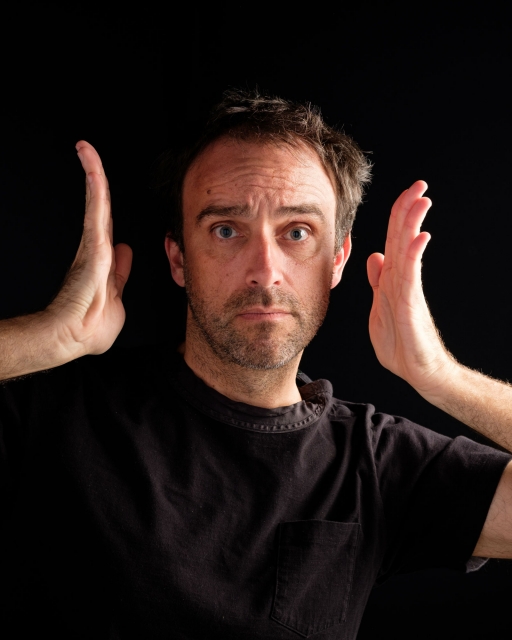 The Sharon Disney Lund School of Dance Dean Dimitri Chamblas directs the West Coast premiere of crowd out on Saturday, June 1 at the Walt Disney Concert Hall Stage. The concert takes place as part of the Los Angeles Philharmonic’s Noon to Midnight Festival, a day-long series of pop-up performances.

The piece, inspired by Pulitzer Prize and Grammy Award-winning composer David Lang’s vocal work crowd out, is directed by Chamblas and conducted by principal solo artist Lesley Leighton. The performance is also part of LA Philharmonic’s season-long Fluxus Festival, named after the international anti-establishment art movement that germinated in the ‘60s.

Crowd out adapts the sense of unification and sound Lang once observed in a soccer match into a theater setting. Previously performed in large public spaces, Saturday marks the first time the performance will be held in a concert hall.

“I didn’t adapt the piece to fit the theater,” said Chamblas. “I’m letting the piece transform it. I consider the Disney Hall as a single space, one volume, a public place inhabited by 3,000 humans.  For crowd out, we will use the whole space (stage as well as seats), audience and performers spread out and mixed together.”

Dimitri Chamblas is a celebrated choreographer and educator. At age 10, Chamblas joined the dance school at The Paris Opera. In 2014, he was nominated artistic director of the Opera’s 3e Scène (3rd Stage). Chamblas is also the co-founder of EDNA, a dance company established in 1992 with fellow choreographer Boris Charmatz. The pair have performed their duet À bras le corps in festivals and theaters around the globe. Chamblas also boasts production and visual artist credits in collaboration with brands like Chanel, Jean-Paul Gaultier and Nike. He was recently made a Chevalier of the Order of Arts and Letters by the French Ministry of Culture for his contributions to the arts.

“A singer is a body first, a physical presence, before generating the voice,” said Chamblas. “As a choreographer/director, I love to think about the voice as a whole choreographic territory. With 3,000 people in a room—a third of them singing—you need nothing else. Nothing artificial. No theatrics. I have forced myself to push back everything that could turn this into an opera staging. We are all together in the space. No distance. No artifice. The emptiness emphasizes the human condition … and allows us to build a community experience within it.”

Check out the complete Noon to Midnight schedule here, and see below for event details.