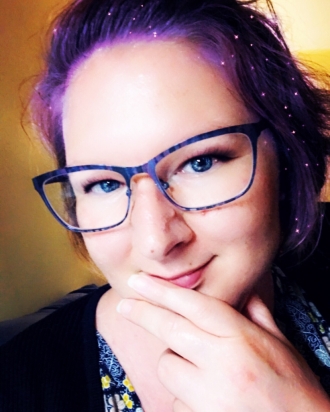 From now until mid-August, Jessica Wawra (Kesselring) is in residence at Hauser & Wirth Los Angeles, taking over the gallery’s Book & Printed Matter Lab with her exhibition Extensions of Horror.

Wawra (Kesselring) is currently pursuing an MA in Aesthetics & Politics from the CalArts School of Critical Studies. As a student and teacher’s assistant, she conducts research with respect to the economics of happiness and social sustainability.

The summer curatorial residency is the result of a partnership between CalArts and Hauser & Wirth and was open to proposals from all first-year Critical Studies students. The aim of the residency was to give students the opportunity to contextualize their work in the public domain, gain curatorial skills and develop working relationship with peers in the arts. Extensions of Horror was the sole chosen proposal, and Wawra (Kesselring) hopes to investigate how individuals interact in social space through the framework of phantasmagoria.

Often seen as a precursor to horror, phantasmagoria was a form of theater that began in the 18th century and used fantastical visual imagery and optical tricks to overwhelm a viewer’s senses. Wawra (Kesselring) argues that phantasmagoria and horror are tools accessible by everyone and serve a range of purposes within varying cultural contexts.

She seeks to challenge social inequalities, oppressive power structures and explore how individuals interact in social environments. Her thesis research engages the argument that phantasmagoria is a public utility, in that horror is meant for everyone and serves a different purpose within any given cultural or temporal context. Wawra (Kesselring) had the chance to expand upon her current research and her plans for the summer residency in a Q&A with 24700. 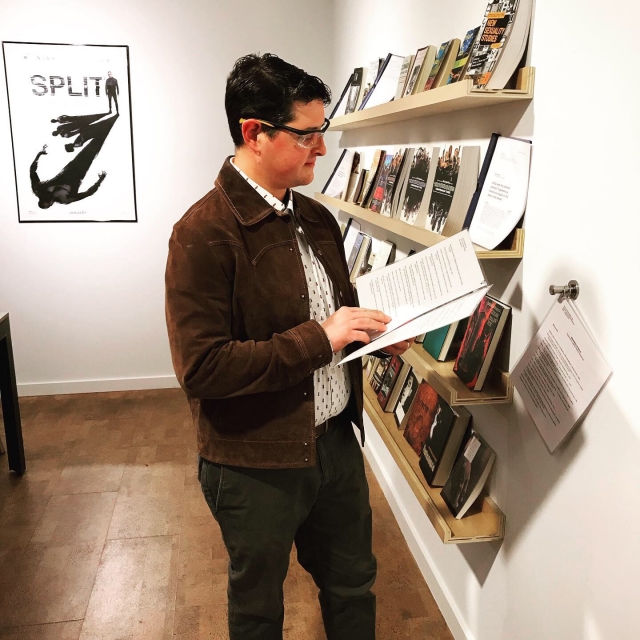 Extensions of Horror held its opening reception last weekend, introducing visitors to a space in which they could interact with books, films and other phantasmagoria-related materials | Image: Jessica Wawra (Kesselring)

24700: Can you talk about the focus of your research in the CalArts School of Critical Studies?

Wawra (Kesselring): I’ve been very interested in engaging critical theory and its intersection with visual media as a means of addressing systems of oppression, including (but not limited to) representation, identity and hegemonic power dynamics. I addressed these points of inquiry in undergrad by looking at the digital game-verse and now I’m thrilled to expand my focus to the overarching theme of horror as a container for my research.

Wawra (Kesselring): In Sara Mameni’s Contemporary Aesthetic Theory seminar last semester, we had the opportunity to explore phantasmagoria, particularly through Susan Buck-Morss’ Marxist/post-Marxist analysis in her essay “Aesthetics & Anaesthetics.” I suppose one of the core ideas of phantasmagoria is that the mechanism disorients a subject: is it real? Is it fantasy?

My research project organically expanded out into an analysis of the genealogy and history of phantasmagoria—from its Victorian-era magic lantern days to a more contemporary perspective. Part of my research considered how more contemporary modes of techno-aesthetics—digitality and interactivity—affected public space. While looking at a phenomenon (or mechanism) that began in the intimacy of homes and spilled out into public space, as seen in Walter Benjamin’s Parisian Passagenwerk project, Disneyworld, shopping malls, arcades, Las Vegas, etc., I argue that we find ourselves moving toward future aesthetic and political potentials that directly access post-millennial phantasmagoria as a public utility. So, although phantasmagoria is often connected to anesthetizing as a means of social control (in the Marxist sense), my research offers conclusions that demonstrate that there is a shift in phantasmagoria and space, in that it no longer numbs the senses but, instead, creates a sort of unresolve. You might say it feels like a jab in the gut. Is this what some theorists call an aesthetics of shock? Perhaps.

I call this post-millennial evolution phantasmagoria nova. I argue this updated concept by demonstrating a shift, looking outward into the environment—specifically at the Swedish Skoghall Konsthall art piece created by Alfredo Jaar cited by Chantal Mouffe in “Agonistic Politics and Artistic Practices.” This early-2000s art piece is my attempt to demonstrate how we have distanced ourselves from something like Grant Kester’s Habermasian consensus model of discourse. When Alfredo Jaar built a structure made entirely out of the paper—the main production economy for that particular Swedish city—and then subsequently burned it to the ground in front of its citizens, he created a type of phantasmagoric space and shock distinct from consensus discourse and actually engaged a space of unresolve in an attempt to create real political and social change.

I may not necessarily agree completely with Mouffe’s populist stance, but I see merit in acknowledging that there is a point of unresolve and that is exactly what I see happening in post-millennial horror. More specifically, we are thrust into this sense of unease when we watch horror films that are less-than-subtle in their messaging, such as when we follow Daniel Kaluuya’s character down a disturbing and terrifying rabbit hole in Jordan Peele’s Get Out (2017).

How do conversations around disability factor into this?

Wawra (Kesselring): In my research, I am also attempting to address how we approach inclusivity and accessibility in the context of public space. That is, how might art spaces, for instance, more inclusively engage the Other?

I look at the absence of disabled people in our collective imagery and sanitized perceptions of persons with disabilities in cultural, hegemonic narratives. By drawing in arguments from theorists speaking on disability, we can see there’s clearly a misrepresentation of disability in art spaces. Not only does that drive an incorrect narrative amongst the able-bodied but I argue how it actually causes a dissociation within a person with disability’s subjectivity and creates gaps and tropes in the cultural narrative.

I challenge how public spaces should allow persons with disabilities sensory experiences by engaging phantasmagoric constructions. In brief, disability needs to be wholly represented in terms of complex embodiment within critical studies and discourse as a means to achieving inclusivity and reducing emotional labor.

What appealed to you about the opportunity to take these ideas and engage with the space of Hauser & Wirth?

Wawra (Kesselring): I’m very excited about the Hauser & Wirth residency because I will have the opportunity to explore many elements I have been considering for future thesis sections. So, not only do I get to address the history and genealogy of phantasmagoria, I also get to explore phantasmagoria nova through the larger container of horror.

The first module of my exhibition is devoted the genealogical-historical aspects of phantasmagoria. The second module will allow me to really dive in and consider how horror and phantasmagoria intersect on the threshold. That means I’ll be looking at non-fiction documentaries and fictional social horror that “jab you in the gut” through their aesthetics of unresolve.

The third module is tied to many elements (but for my thesis I will probably reign it in a little). In the Hauser & Wirth residency, I hope to address apocalypse and horror by looking at the Zombie phenotype(s) in Western culture. The next portion will address the queering of phantasmagoria by looking at camp in horror, such as in American Horror Story or The VVitch. The last portion of my residency considers the ‘apocalypse of normativity’ and addresses the intersection of disability and its representation in horror.

You have a great lineup of special guests for your residency. Can you talk a bit about your decision to invite these specific folks and how they will interact with the space?

The first event is scheduled for June 9. Melissa Ferrari, 2019 CalArts MFA graduate, will perform magic lantern shows and discuss her body of work. Melissa’s brilliant, and I find it fascinating how she addresses intersections of cryptozoology and tragedy.

On July 13 (tentative), I am pleased to welcome award-winning filmmaker Britt Banks to discuss her work regarding making films on the threshold. Britt Banks “doesn’t think that there is anything scarier than being an American Descendant of Slavery, [but] she fully intends to scare the shit out of each and every one of you.”

On August 3 (tentative), I am thrilled to have disabled Rotten Tomatoes critic Kristen Lopez in the gallery space as she discusses disability and pop culture. I appreciate the way Kristen addresses disability in film that targets the departure from sanitized, misrepresented portrayals of disability.

What do you want people to take away from Extensions of Horror?

Wawra (Kesselring): Overall, the space really is an exploration for myself as much as it is for visitors to Hauser & Wirth. I am hoping that we all find ways to acknowledge how the intersection of horror and phantasmagoria become a site for engaging social justice. Through texts, discussions, and videos, we can all be part of a larger conversation that attempts to dismantle binary, hegemonic, (read: violent) cultural narratives and [cis]normative, able-bodied language by engaging phantasmagoria nova and horror.

Extensions of Horror will run until Aug. 11. For more information about the residency and to stay up to date with events, visit the Hauser & Wirth website.