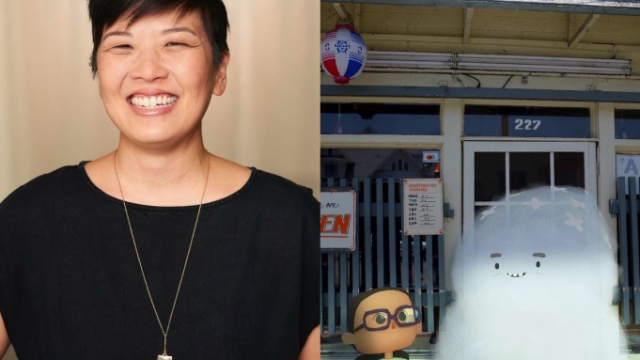 Animator Elizabeth Ito (Film/Video BFA 04) will serve as a first-time showrunner on City of Ghosts, a new Netflix series billed as a hybrid of documentary and children’s animation.

City of Ghosts follows a group of kids who learn about their community by communicating with its resident ghosts, offering viewers an entertaining glimpse into how diversity and generational shifts reshape environments.

The series was inspired by Ito’s experience as a “yonsei” (fourth-generation Japanese American) growing up in LA’s multicultural neighborhoods. Ito will also serve as the show’s executive producer.

The series is currently in production in the Netflix Animation building in Hollywood. The studio, which opened in 2018, lodges various in-house productions, including Jorge Gutiérrez’s (Film/Video MFA 00) forthcoming limited series Maya and the Three and Shion Takeuchi’s (Film/Video BFA 10) Inside Job. Ito, Gutiérrez and Takeuchi were all featured in Netflix’s 2018 The Future of Animation roster, among other notable CalArtian animators.

Ito is a 15-year animation veteran who previously worked as a director and writer on Pendleton Ward’s (Film/Video BFA 05) Adventure Time. She won an Emmy Award for Outstanding Short Form Animated Program in 2017 for the episode “Islands Part 4: Imaginary Resources.”