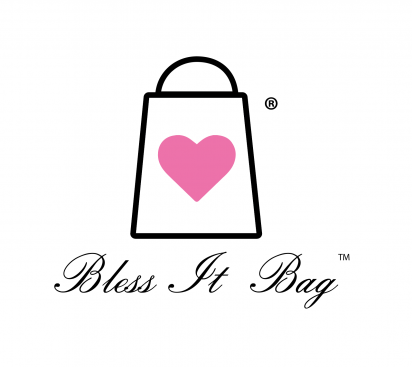 According to a recent report by the Los Angeles Homeless Services Authority (LAHSA), homelessness in LA County has climbed 12 percent over the past year, in a dramatic reversal from a four percent decline the previous year. Homelessness has been a persistent issue in California, stymied by the lack of a comprehensive system-wide solution and resources. CalArts alum Bella Baskin Bronson (Art BFA 12) is among those working to ease LA’s homelessness crisis, one bag at a time. Baskin Bronson is the founder and CEO of Bless It Bag, an organization that distributes care packages in drawstring bags to LA’s homeless population. She began working on the project in January 2018, inspired to help the homeless population she passed on her daily work commute while working as a photography consultant for Warner Brothers television marketing.

“We wanted an alternative to giving money because we see homelessness every day and don’t want to support fatal addictions,” Baskin Bronson told the 24700 blog during a recent email interview. “Now we don’t have to and we can acknowledge a problem that is often times ignored and help other charities in the process. The people who receive the bags are just so happy that you’re even talking to them. It restores a sense of humanity and dignity.”

Baskin Bronson consulted people living on Skid Row to determine materials that would be useful alternatives to cash. The bags contain several basic essentials, such as non-perishable foods, toothpaste, sanitary wipes and socks. Bless It Bag offers three bag options—women ($15), men ($15) and dogs ($7). These bags can be purchased individually for people to hand out in person, or in bulk and sent directly to a partnering shelter.

Customers who purchase a bag have the option of donating $1 from each bag to one of Bless It Bag’s partner nonprofit organizations around the country, which include the American Civil Liberties Union (ACLU), The People Concern, Hashtag Lunchbag and Lava Mae.

Still can’t believe it’s real!!! The #blessitbag billboard on Sunset Blvd. & Alta Vista Blvd. We will take more pictures when it’s not overcast but the excitement is too much to handle! Thank you @138watertm @adam_drexlerla for putting this billboard together and your water in the bags, and for these pictures too!

Baskin Bronson, who is seeking nonprofit status for her LA-based venture, expressed a desire to counter self-involved attitudes through meaningful work; and, as she mentioned in a recent Los Angeles Times article, for “caring to be cool.” To expand her reach to a young demographic, Baskin Bronson has opted for a 21st century approach: mobilizing social media influencers and employing millennial marketing tactics, prominently featured on Bless It Bag’s Instagram page. Bless It Bag also received early support from singer-songwriter Demi Lovato, who attended the launch party in December 2018.