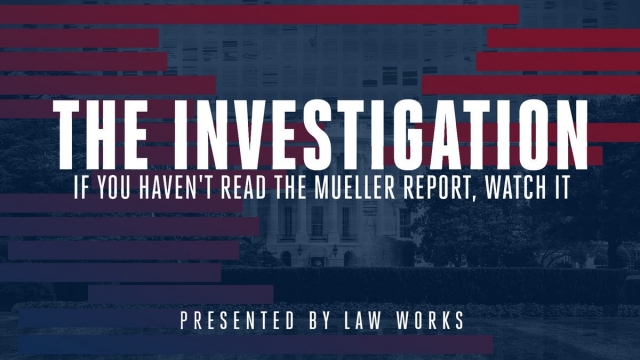 ‘The Investigation,’ which is based on The Mueller Report, will be livestreamed June 24. | Photo: Courtesy of Law Works via Twitter

The Investigation: A Search for the Truth in Ten Acts, is a stage adaptation of the highly redacted Mueller Report, which was released on April 18.

Tonight (Monday, June 24), there’s a special, star-studded live reading of The Investigation presented by Law Works, a nonprofit organization that defends the nonpartisan role of the Department of Justice and judicial institutions. The report will be performed in front of a live audience in New York and livestreamed simultaneously beginning at 9 pm EDT/6 pm PDT.

The adaptation is Executive Produced by Susan Disney Lord, Abigail Disney and Timothy Disney, CalArts Board of Trustees Chair.

Mueller’s official report documents findings and conclusions from Special Counsel Robert Mueller’s investigation into Russian interference in the 2016 United States presidential election. The special counsel and his team investigated allegations of coordination between Donald Trump’s presidential campaign and Russia as well as allegations of obstruction of justice.