Last week, T Magazine, (The New York Times Style Magazine) published “The 25 Works of Art That Define the Contemporary Age.” The list—assembled by the Whitney Museum’s David Breslin, The Jewish Museum’s Kelly Taxter, and artists Martha Rosler, Rirkrit Tiravanija and Torey Thornton—names influential artworks that have contributed to the canon of the last five decades.

“There are so many ways to tell the story of the art of the past 50 years that it was both surprising and gratifying to see The NY Times highlight a group of artists who have pursued their work with a sassy criticality, artists who in various ways unpack the power of image and gesture,” said Thomas Lawson, dean of CalArts School of Art. “And of course a good number of them developed this work while teaching at CalArts, or while studying here.” 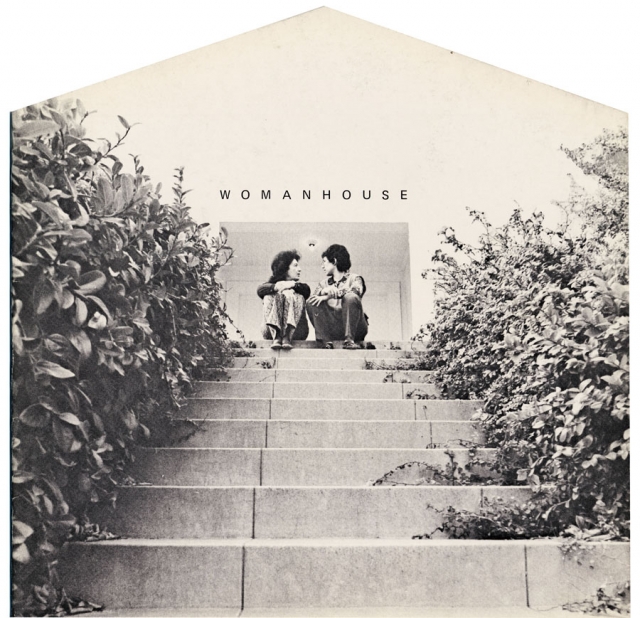 ‘Womanhouse’ was named on of ‘T Magazine’ most influential art works of the contemporary age. | Image: CalArts archives

Womanhouse, was the groundbreaking room-size art installation and feminist performance space, curated by Judy Chicago and Miriam Schapiro, co-founders of the CalArts’ Feminist Art Program. In January of 1972, Womanhouse opened its doors and became the first public feminist art exhibition. The project pulled on themes of women’s creativity, domestisticity, as well as sex and gender roles. Although it only existed for one month, it remains an iconic work of feminist art.

From 1966 to 1968, Hammons attended the Chouinard Art Institute, then moved to New York in the 1970s, making works that engaged with Black American life. In “Bliz-aard Ball Sale” (1983), which criticized value and consumption, he sold snowballs on the streets of New York and documented the project through photographs. Taxter noted that the piece falls into the same category of “performative ephemeral works” akin to the performances by the Judson Dance Theater and Allan Kaprow’s “Happenings.”

In Hammons’ 1988 piece, “How Ya Like Me Now?” the artist painted the African-American civil rights activist, Rev. Jesse Jackson, as a white man, commenting on skin color and opportunities. Some viewers perceived the work as racist, and it was destroyed by sledgehammer as it was being installed in Washington D.C. Now when the piece is exhibited, it includes a semicircle of sledgehammers around it.

(Hammons’ work is currently on view in Los Angeles in the solo show Harmolodic Thinker at Hauser & Wirth through Aug. 11, and as part of The Broad Museum’s Soul of a Nation: Art in the Age of Black Power 1963-1983 through Sept. 1.) 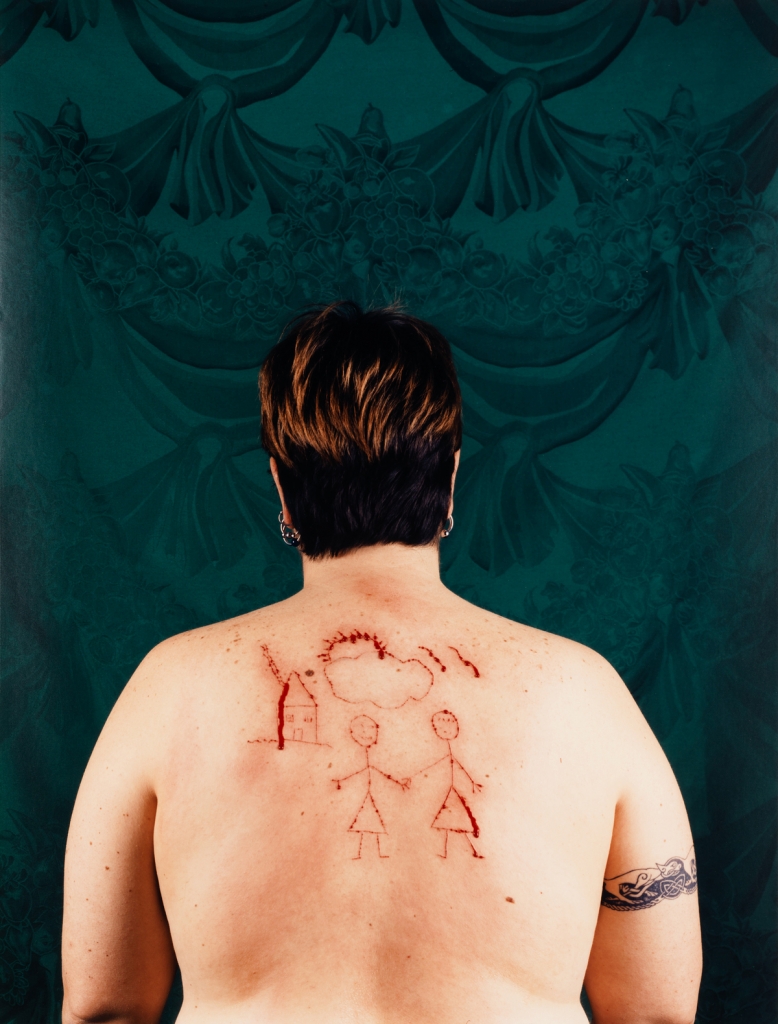 Opie’s 1993 work depicts her facing away from the camera, revealing her bare back carved in with an image of two stick figures holding hands. Opie’s work confronted the ways in which queer communities were being shamed and censored, and questioned preconceived notions of family and body politics. In the discussions of the work, Breslin added, “This question of intimacy — who’s trying to police what I do with my body and how I choose to constitute what a family is — all these issues are one, if we’re thinking about how some of these works resound now. These are still things that we are urgently dealing with. The presence of motherhood and parenting are profound in the work.”

Known for his site-specific installations which emphasize architectural qualities within spaces, the late artist tapped into the history of the museum, recreating the temporary walls built for the past 38 exhibitions, resulting in an illusion of compressed time within the architecture of the venue. During his long teaching tenure at CalArts, Asher became known for his durational “crits,” nothing-is-off-the-table discussions of students’ work that could go for 14-hour marathon stretches.

The late Mike Kelley’s 1990 works “The Arenas” featured a series of stuffed toys sitting isolated or in strange groups on dirty blankets. Kelley, an alum and former CalArts faculty member, focused on themes that revolve around childhood, shame and vulnerability. In her description of “The Arenas” for T Magazine, Zoë Lescaze writes, “Kelley used toys because he felt they revealed far more about how adults see children — or want to see them — than they do about kids.”

Gonzalez-Torres was teaching at CalArts during the making of this piece, which is a representation of the artist’s partner, Ross Laycock, who died of an AIDS-related illness that same year. The installation was comprised of 175 pounds of candy, and viewers were encouraged to take a piece of candy symbolic of the weight loss and decline of Laycock’s body. “That work, in a metaphorical sense, is a virus. It dissipates and goes into other people’s bodies,” noted Taxter. The piece engages with topics of audience participation and responsibility.