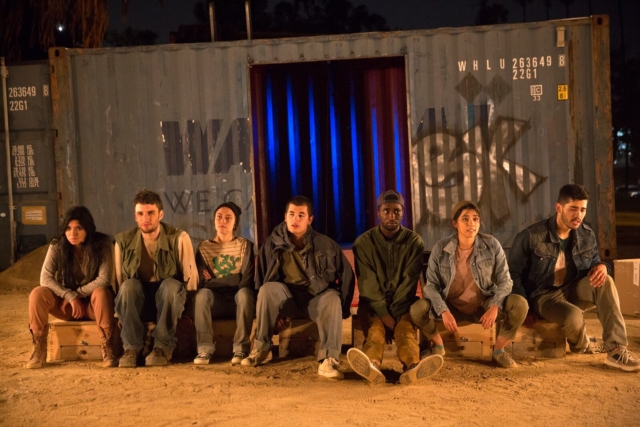 On Saturday, August 17, Finding Shelter screens at the opening reception of the Museum of Social Justice’s new photography exhibition Visualizing the People’s History: Richard Cross’s Images of the Central American Liberation Wars (running from Thursday, August 15 to Sunday, November 24, 2019). The documentary will also be screened on Saturday, September 14 as part of NFMLA’s InFocus: Latinx & Hispanic Cinema Event at The Academy’s Linwood Dunn Theater in Hollywood.

Finding Shelter follows the development of Shelter, the critically acclaimed 2016 play about unaccompanied Central American youth making the hazardous journey to the United States. Shelter was a project of the CalArts Center for New Performance (CNP)/Duende CalArts.

“The more I get to know the journeys these brave new dreamers undertook the more I admire their courage, strength, and deep desire to make something of their lives,” said Chibas. “Their stories are similar to countless other Americans from different parts of the world who sacrificed everything to make it to these shores. The resilience and determination I see in these young people no wall can stop, no fear mongering can conquer.”

Shelter was conceived and written by Chibas, based on extensive interviews with undocumented Central American youth and their peers. The play was directed by Mexico City-based director Martin Acosta and choreographed by fellow CalArtian Fernando Belo (Theater MFA 13).

Finding Shelter premiered in 2016 at the Sotomayor High School for Science and Art, and has since been screened at festivals including the Segal International Film Festival in New York City, San Diego Latino Film Festival and Nevertheless Film Festival in Ann Arbor, Michigan.