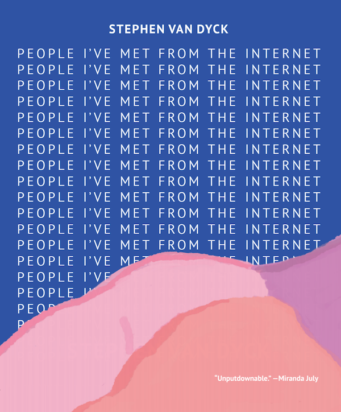 People I’ve Met From the Internet is billed by van Dyck as “a queer reimagining of the coming-of-age narrative set at the dawn of the internet era.” The book follows the author from his early teenage years, informed by an upbringing in suburbia and the emergence of AOL, to adulthood. The 151-page memoir traces a path from New Mexico to California, detailing the author’s intimate encounters with men he met from the internet along the way. The book is partially formatted like a data spreadsheet, candidly revealing many personal, era-specific details per encounter across a series of columns.

The book has received advanced praise from creatives like filmmaker Miranda July, who described it as “unputdownable,” as well as writer Chris Kraus, novelist John Rechy and poet D. A. Powell. Author and CalArts faculty member Janet Sarbanes described the memoir as a “tour de force of post-internet life writing.”