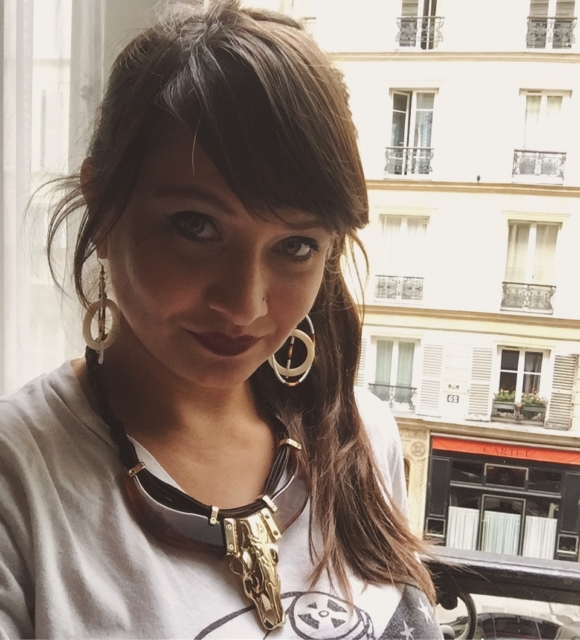 LaFountain, who also serves as the Senior Admissions Counselor for the School of Film/Video, developed her multimedia work Re/Dis Location during the Story Lab. According to the Sundance Institute’s announcement, LaFountain’s piece investigates the “complicated personal histories and legacies of the Indian Relocation Act of 1956.”

“[The project is] focusing on my family’s story of when my grandparents moved from our reservation in North Dakota to Los Angeles as part of the Relocation Act when our reservation was targeted to be terminated,” LaFountain told the 24700 blog during a recent email interview.

“When I moved to Los Angeles, my grandmother was happy to see her dream of living here live on through me. I was surprised that she felt that way because I always thought that she went back to our reservation because she missed her family and homelands. Her time in Los Angeles was great for her though, she had five of her 10 children in the city and saw a lot of potential for a better life in the city. The family moved back because of money and the hardship of raising a growing family in an expensive urban area. My grandmother passed away a few years ago and that’s what propelled me to make a project in her honor and to explore our paralleled stories of migrating to Los Angeles. As I began to develop the project I realized that a traditional documentary would not be the right format. I want the viewer to be transported from one place to another, which is where virtual reality came into the mix.”

Re/Dis Location serves as a portal through which the user may travel through time and space while “investigating the idea of home.” The multimedia work employs audio, video and geo-aware content, pieced together from an archive of film, recordings and photographs of her family and reservation that LaFountain amassed over the years. Re/Dis Location takes a further look at LA’s indigenous histories and communities, misplaced by industries and carried along by a “flash flood in a concrete river.”

LaFountain’s work has been exhibited internationally, including venues like the Autry Museum, the Walker Art Center, the Venice Biennale and the Smithsonian Museum of the American Indian in New York City. LaFountain is the recipient of numerous fellowships and grants, including a REEF Maker City LA Artist Residency, a Flaherty Film Seminar Fellowship, a MacArthur Foundation Scholarship and an Inaugural Mike Kelley Foundation Artist Project Grant.