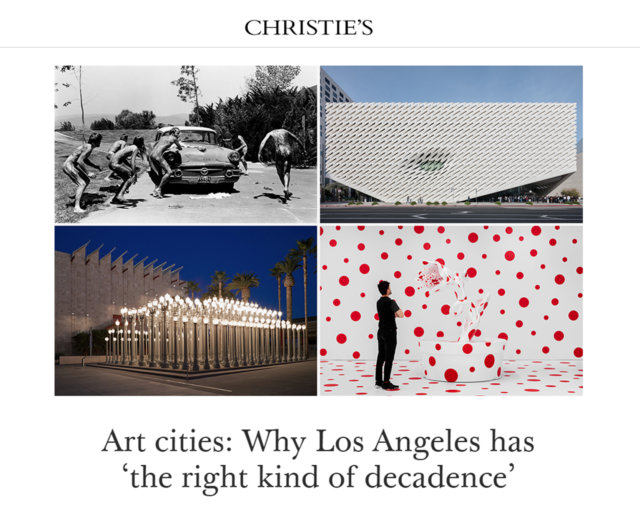 CalArts was named an integral force in the city’s emergence as an art scene that, according to Ruscha, has “the right kind of decadence.” By the late 1960s, the institute garnered a reputation as a nucleus of “utopian lawlessness and academia,” which in turn influenced LA’s engagement with cutting-edge artistic practices and commercial galleries.

Also noted were former faculty members Judy Chicago and Miriam Schapiro, who banded together to establish CalArts’ Feminist Art Program. Much of their work occurred throughout the 70s at Womanhouse, the pair’s off-campus exhibition space in an abandoned mansion in Hollywood.

In an overview of the newest additions to the city’s roster of museums and galleries, alums Nayland Blake (Art MFA 84) and Sadie Barnette (Art BFA 06) were cited for their forthcoming exhibitions at the Institute of Contemporary Art LA (ICA LA).