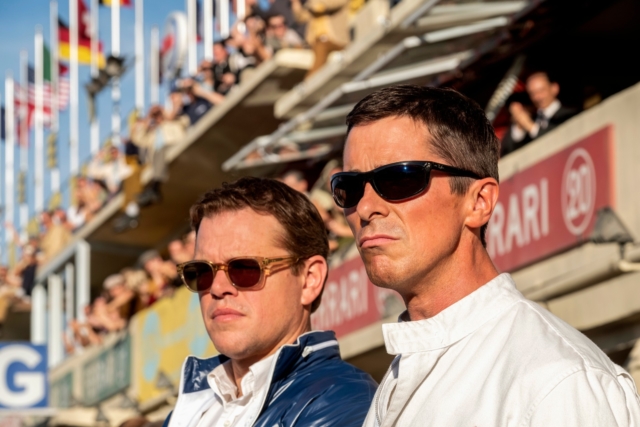 Telluride Film Festival is an annual picture show and tribute to those who have advanced the filmmaking medium. Held in the Colorado mountains every Labor Day weekend, the festival boasts the world and North American premieres of films like The Shape of Water (2017), The Artist (2011), Slumdog Millionaire (2008), Brokeback Mountain (2005) and Blue Velvet (1986). The festival organizers famously keep the program a secret “until everyone lands in town.” See the full 2019 program lineup here.

Ford v Ferrari is based on the true story of auto designer Carroll Shelby and race car driver Ken Miles. Despite “corporate interference, the laws of physics and their own personal demons,” the two team up to design a revolutionary Ford race car to beat Ferrari at the 1966 24 Hours of Le Mans, the oldest active sports car endurance race in the world. The film features a star-studded cast, including Christian Bale as Ken Miles and Matt Damon as Carroll Shelby. Ford v Ferrari will be released Nov. 15, 2019.

Mangold is an Oscar-nominated American director, producer and screenwriter. He is known for his work on films like Cop Land (1997), Walk the Line (2005), Girl, Interrupted (1999) and 3:10 to Yuma (2007). Mangold also directed The Wolverine (2013) and Logan (2017), both of which were based on the Marvel Comics hero Wolverine. He is the recipient of a 1995 Sundance Film Festival Grand Jury Prize, two 1995 Gijón International Film Festival awards (Best Feature and Best Screenplay), a 2006 Amanda Award for Best Foreign Feature Film, a 2008 Costume Designers Guild Award for Distinguished Director/Producer and a 2017 Awards Circuit Community Award.