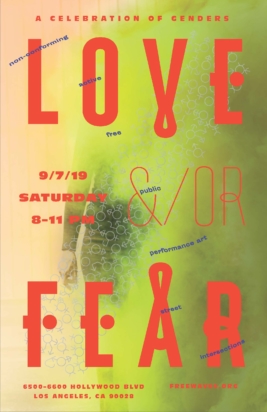 Over 30 artists, performers and community groups are participating in an unprecedented, large-scale public performance event taking place on the sidewalks of Hollywood Blvd. | Image courtesy of Freewaves.

On Saturday (Sept. 7), two blocks of Hollywood Boulevard in the heart of Los Angeles, will be transformed through the power of art into a free, large-scale public performance event, LOVE &/OR FEAR: A Celebration of Genders.

An installation of doll prints from De Lellis’ recent project (In)/Animate Objects will be featured on a fence at 6551 Hollywood Blvd. According to the artist’s website, “Located on the Hollywood Walk of Fame, the installation functions as a subvertisment for decay and the contagion of identity – a repetition of a repetition for which there is no original.”

Haq, in collaboration with visual artist Cassils, will perform Ajnabi Milan, a march from the 101 freeway to the LACE gallery. Wearing silver clothes with silver face veils, the performers will also be carrying signs in English and Haq’s native language Urdu: “I was a stranger and you welcomed me.” The text comes from a verse in the Bible and was spoken by Jesus to his disciples. At the end of the performance, they will mount an installation of their signs outside Los Angeles Contemporary Exhibitions (LACE) on Hollywood Boulevard. 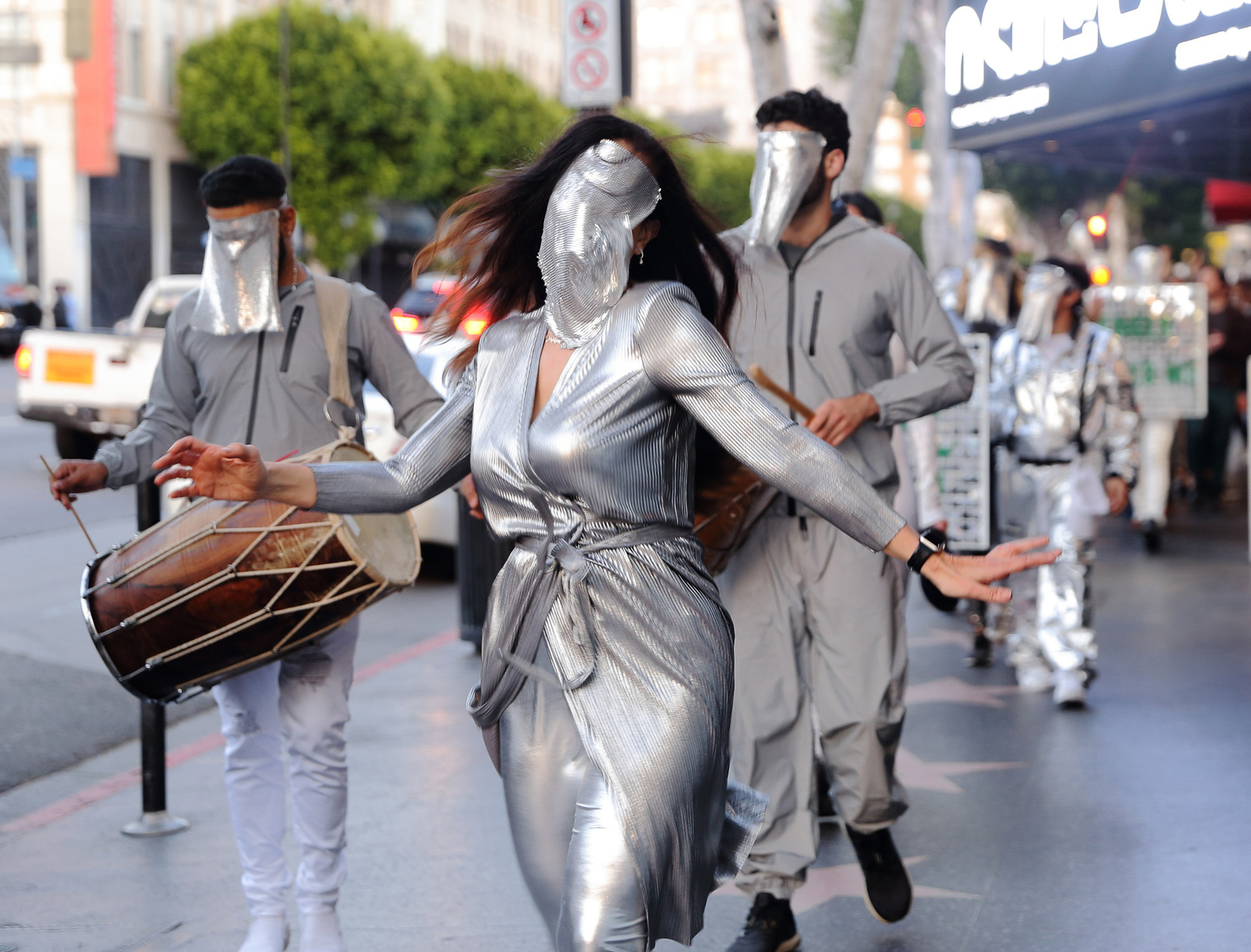 Arshia Haq’s performance ‘Ajnabi Milan (Strangers’ Union)’ is a march from the freeway to LACE Gallery in Hollywood. | Image courtesy of Freewaves.

Ajnabi Milan (Strangers’ Union) is an intervention in the form of a surrealist/situationist procession of SWANA (South West Asia North Africa) diaspora with a message addressing alienation and inclusivity. The term ‘alien’ refers to something unlike ourselves, whether a martian or a refugee. By emphasizing our alienness and our strangeness, we hope to leave a poetic impression and disruption on the every day in the unreal environment of Hollywood in Los Angeles through which we will be marching.

In support of an initiative created by the organization Peace Over Violence, the two city blocks of the event will be declared a Sexual Harassment-Free Zone. The program states, “This is an inclusive event where all individuals can enjoy an evening in a fearless public space without sexual aggression, privacy invasion, or bodily offense. Audiences are invited to join the artists as they sashay, strut, gallant, tour, parade, march, dance and circulate on Hollywood Blvd.”

LOVE &/OR FEAR is presented by Freewaves, a leading Los Angeles arts that creates public events to bring diverse audiences and independent artists together in dialogue on current social issues.

LOVE &/OR FEAR: A Celebration of Gender