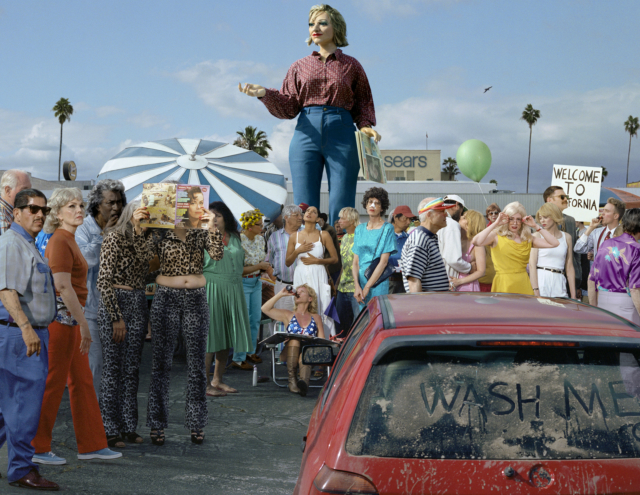 In photographer and filmmaker Alex Prager’s latest film, Play the Wind, now on view at Lehmann Maupin gallery in New York through Oct. 26, Dimitri Chamblas, dean of The Sharon Disney Lund School of Dance at CalArts, takes on a new role: actor.

In the 8-minute film, Chamblas plays a retired dancer driving through the highly stylized streets of a dystopian Los Angeles. He passes colorful, surreal situations and people—reminiscent of Cindy Sherman’s oeuvre—and eventually encounters a mysterious woman from his past, played by actress Riley Keough (American Honey, The Girlfriend Experience).

Chamblas and Prager first met in 2015 when Chamblas was artistic director at the Paris Opera. A fan of the filmmaker’s work, he invited Prager to make a 10-minute film, La Grande Sortie for Paris Opera’s online platform, 3e Scène.

When Chamblas moved to Los Angeles for CalArts, Prager asked if he would appear in her film. “I’ve never been an actor, but I’m a dancer,” says Chamblas, referring to his comfort-level with both performance and cameras. Trusting his friend’s vision, and the cinematographer’s skill (cinematographer, Matthew Libatique shot Darren Aronofosky’s Oscar-nominated Black Swan), Chamblas learned that much of the work was in the “smallness of the gesture” as opposed to larger, dramatic ones. 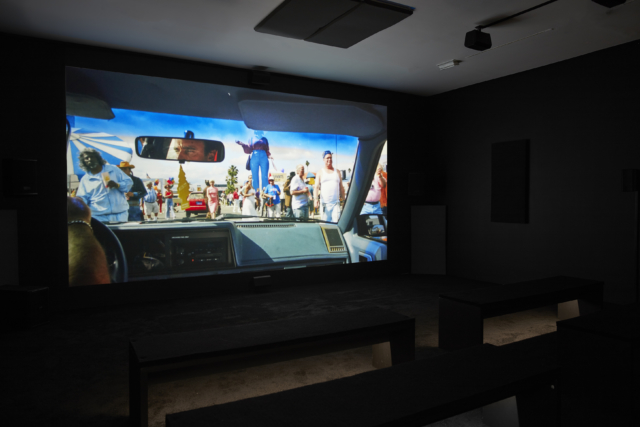 Like Prager, who often uses the city of Los Angeles as a character in works, referencing and recreating the incomparable urban spaces, Chamblas is no stranger to employing and incorporating L.A. public spaces either.

Much of Chamblas’ choreographic work as dean has been about encouraging his students to reclaim these spaces, or, perhaps, to create new spaces of appearance through movement. In December 2017, Chamblas created HHUMAN which featured the entire student body of CalArts Dance.

Staged on the steps and sidewalk surrounding the Walt Disney Concert Hall in Downtown Los Angeles, the dance piece demonstrated how movement can animate and change public spaces. The city became an intrinsic part of the work. 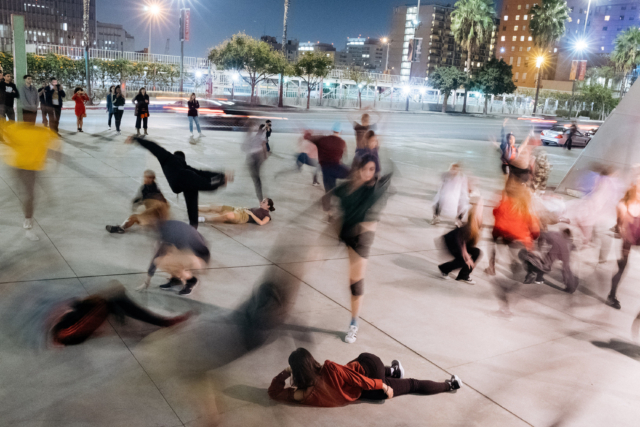 Because Chamblas and Prager both have a deep interest in the city’s history and creating realities through performance and staging, Play the Wind made for the perfect vehicle for Chamblas’ acting foray.

The film is not available online, and can only be viewed at Lehmann Maupin, alongside new still images by Prager that complement the cinematic work.