Topanga, which was directed, edited, produced and written by Yeltan, has already won the Audience Award for Shorts at Middlebury New Filmmakers Festival in Vermont, the Merit Award at the Accolade Global Film Competition in La Jolla, Calif., and the Audience Award at Women in Film-Dallas, Topaz Film Festival.

The 15-minute film follows a homeless and hearing-impaired woman named Gala (played by Yeltan), and her attempts to flee constant abuse from the same man. The other two leads are played by Jacob R. Young (Theater BFA 19) as Gala’s abuser, and real-life artist Joe Blaustein as a local painter.

“I met [Young] at CalArts when I was teaching as a guest artist for acting for camera classes,” Yeltan told the 24700 blog in a recent email interview. “I recognized his talent immediately and thought his quiet intensity was just right for the film.” CalArtians Rachel Mestrovich (Theater MFA 10), Daniel Strausman (Theater BFA 19) and Bashe-Antoinette (Theater BFA 18) also appear as supporting characters. “I love working with creative souls among CalArts graduates, and in a way it feels like giving back to my community.”

Topanga follows Yeltan’s directorial debut Marie: Clementine (2016), a narrative short following a chance encounter between two women in the woods. The film screened at several film festivals and was nominated for Best Short Film at the 2017 Moving Picture Film Festival in Belgium. 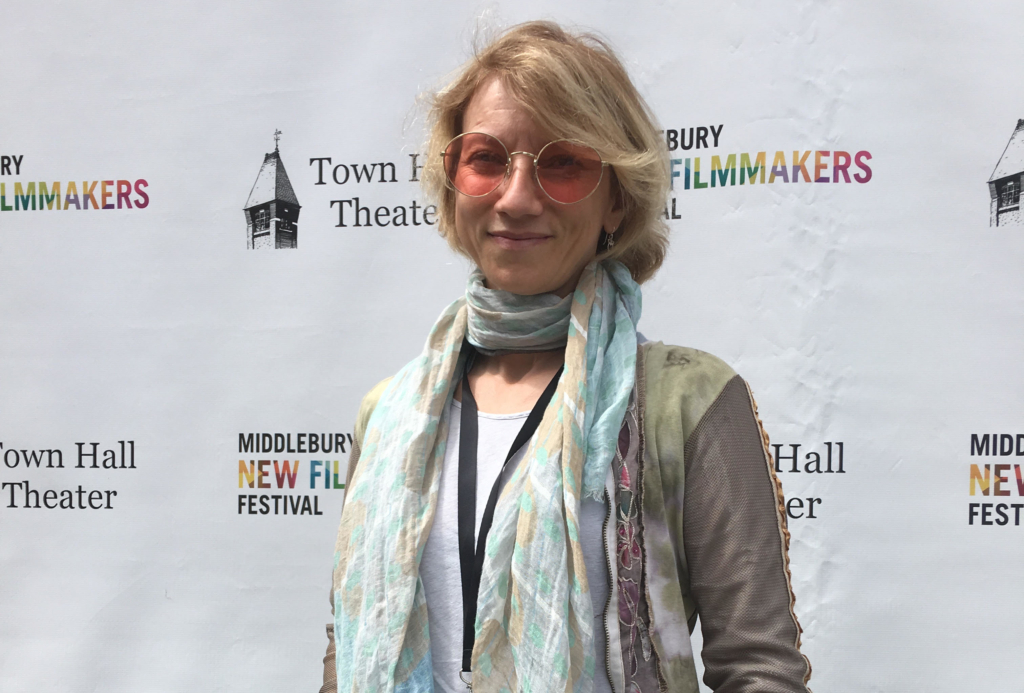 “After I had a lead role in my native country Turkey, in 2015, I started thinking about producing a writer friend’s work first so I could be cast in those films,” said Yeltan. “One unfortunate disagreement with the writer friend on my first project and her decision to pull her project back triggered the whole thing. I respected her decision, but I promised myself not to rely on others’ projects that I have no control over. In order to have the full confidence and the copyrights, I had to be the creator, and that is how my first film Marie: Clementine was born.”

A theme present in both of Yeltan’s films is the absence of dialogue. Marie: Clementine has none and Topanga features only one sentence. Yeltan’s films also explore the restorative power of the arts.

“I have studied in different disciplines of art since I was a kid,” said Yeltan. “I started as a musician, then became an actress, then a filmmaker…I do not know what I would do if I was not an artist. In my first two films, I wanted to give a little homage to art making and what kind of prosperity it brought in my life in both films through paintings. And Topanga contains important social issues, uses a symbolic expression though Gala’s vulnerability as a deaf and mute woman who faces violence many times.”