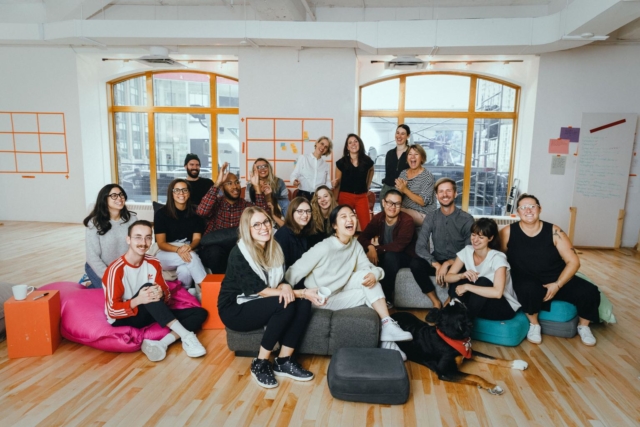 Graphic designer Es Youn (Art BFA 19) is criss-crossing the globe as a participant in the World’s Greatest Internship (WGI).

WGI, which was established by San Francisco-based brand experience agency Butchershop, is a multioffice, multicountry internship that allows creatives to “dive headfirst into a creative cornucopia, with stops at top companies doing top work.” Participants are assigned three consecutive two-month placements at various studios around the globe, culminating in a six-month opportunity to hone design skills under the tutelage of industry professionals. WGI is currently in Edition 2.

“Participating in WGI allows me to be part of different agencies in different cities,” Youn told the 24700 blog during a recent Skype interview. “I now have a better idea of what kind of professional designer I want to become. There are a lot of factors to consider such as different industries within design, work cultures, and learning under various leaderships. I’m figuring it out throughout this journey.”

Youn learned about WGI through social media and Collins, an NYC-based strategy and experience design company and a 2018 participant in WGI’s first edition. Youn applied during the last month of her last semester at CalArts, and was offered one of six spots in the internship. 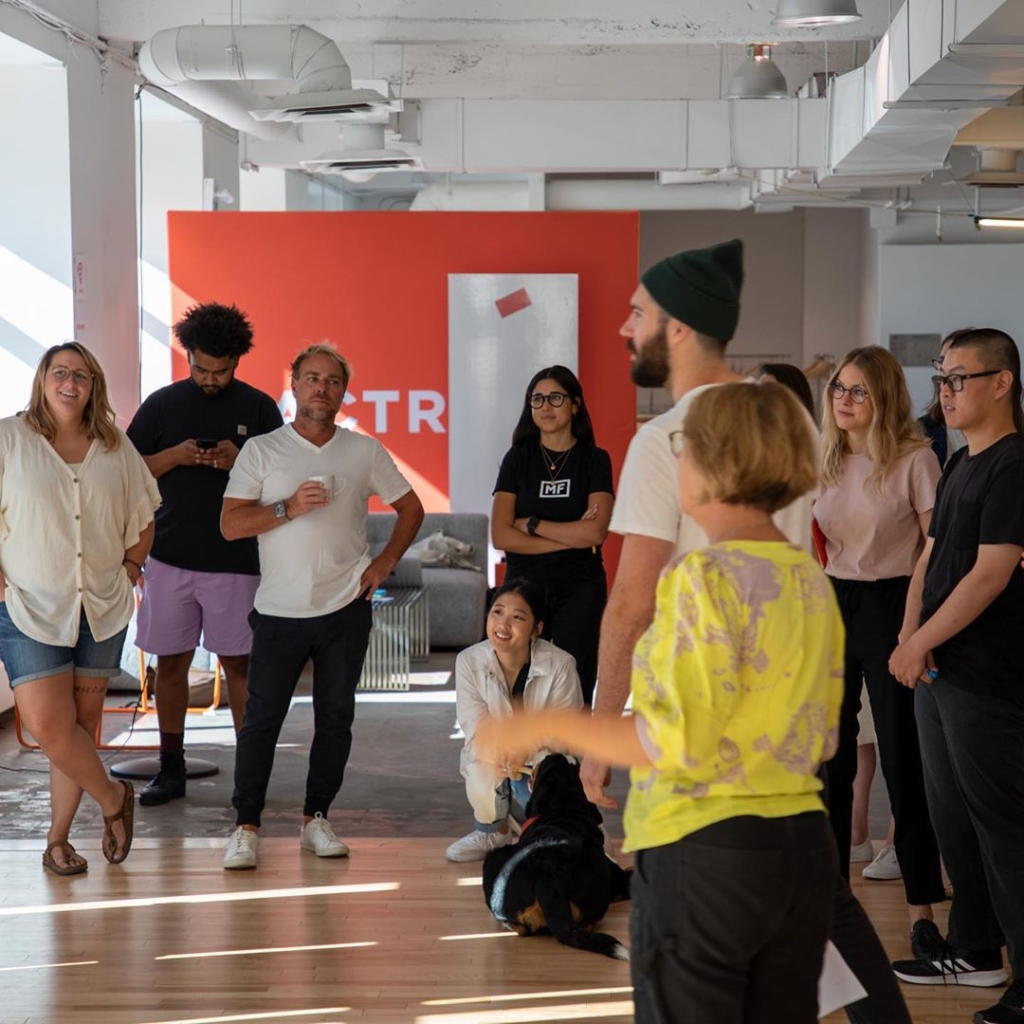 Youn (crouching), other WGI participants and other creatives at Factry. | Image courtesy of Es Youn

In July, Youn began her WGI stint with an internship at design agency Koto in London. Before the start of her second internship at the New York-based integrated consulting firm Prophet, Youn and the other WGI participants had a learning session and meetup at Factry, a Montréal-based creativity school. Her third and final internship takes place at the branding and design agency Character in San Francisco.

“With every new job I’ve had, I’ve learned that quickly adapting the firm’s workflow and systems are the best thing I can do to be the best communicator I can be,” Youn wrote in a September entry on the WGI blog. “Being a very large international firm, Prophet has many unique terminologies, workflows, and systems which I am currently learning and constantly readjusting my workflow to. Being newly placed in an in-house design team for [a] big strategy consulting firm requires me to ask a lot of questions to adapt.”

In addition to her design duties at each of her internships, Youn has been forging connections and collaborating with other creatives. She and fellow WGI participant Nathatham Rojanusorn plan to launch a WGI Podcast in mid-October, about and featuring artists in the early stages of their careers.

Youn works primarily in motion- and 3D-based work, as seen in her audiovisual system performance f/Luxe. Her portfolio includes projects from her CalArts design curriculum, such as branding for skincare and cosmetics company Milk Makeup, as well as independent professional design work for YouTube Red series Fight of the Living Dead: Paradise Calls.

“I’m just very thankful for everybody who’s been a part of it,” said Youn of her WGI experience. “This program opened my eyes. When you’re a design student, it’s easy to get very cynical about the competition out there, but this is an opportunity where leading creatives in the industry give a chance to a community of young designers all over the world to be part of a changing and improving industry practice. There’s so much humanity in that.”