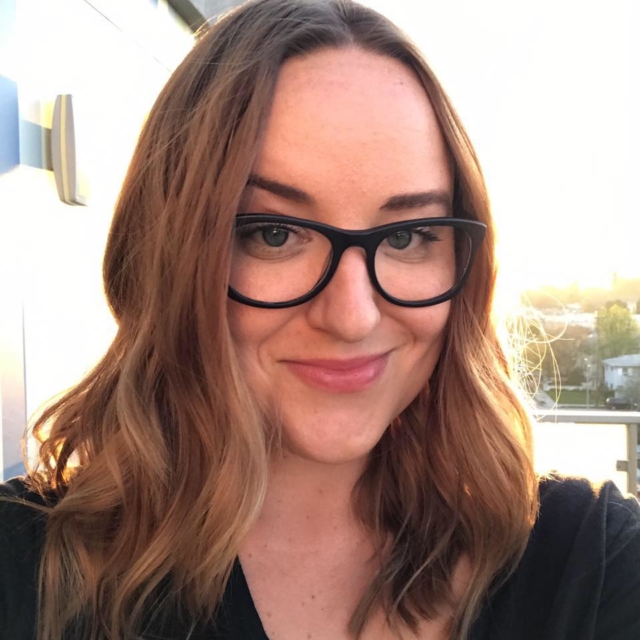 Rose Anderson’s first book, ‘The Heart and Other Monsters,’ is due out next year. | Image: Courtesy of the artist

Rose Andersen (Critical Studies MFA 18) is the author of the forthcoming memoir The Heart and Other Monsters, a project which began as her MFA thesis for CalArts Creative Writing program. 24700 chatted with Andersen about the book, her time at CalArts and the whirlwind process of putting a manuscript out into the world.

Rose Andersen: The Heart and Other Monsters is the story of my sister’s life and death. She died when she was 24; she was a drug addict, and it was an overdose. Initially, we thought it was just an accidental overdose, but as time went on, information came out that she may have died under suspicious circumstances. So the book ended up being like a love letter to her life and an investigation of her death.

24700: What was the process of writing like for you, diving into such a heavy moment in your life?

RA: I was ordering coroner’s reports and trial transcripts and reading through her teenage diaries and interviewing people. Addiction had separated us for so long that it was sort of also just me trying to figure out the parts of her life that I did not have access to. I was 30 when she died at 24, but we started drinking and using around the same time – I was 19 and she was like 14, 15. But then I got sober at 24. She did not. So there are a lot of parallels and then at some point we make really different choices. Much of the book is just trying to fill in those blank spaces.

24700: How or when did you know this was a project you wanted to undertake?

RA: I think I knew right away – right after she died, even before I knew about any of the suspicious circumstances. I knew that if I was going to be a writer, this would have to be my first book. My submission material for CalArts was actually a very rough version of some things that ended up in the book. I came in knowing exactly what I wanted my thesis to be, so I was working on it from the very beginning, which is good and bad because I think people discover really neat things while they’re here. But it gave me a focus and two years to really, really commit to doing that project. I also had Brian Evenson as my mentor, and I can’t speak highly enough of him. He’s been extremely helpful and supportive. 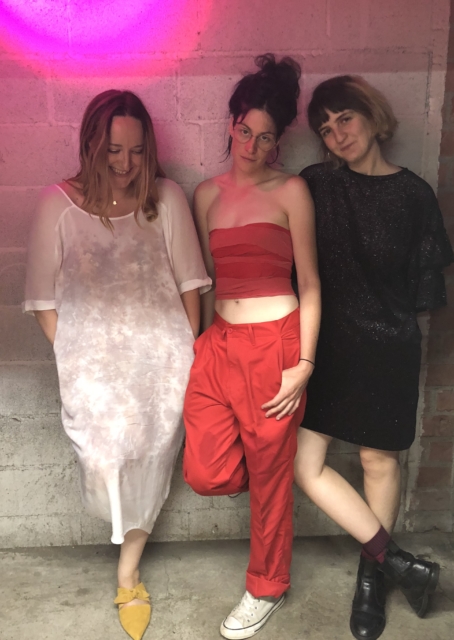 24700: What was it like to bring chapters to workshops at CalArts?

RA: I had a really lovely cohort that was incredibly supportive of my work. They were gentle but gave critique, which is exactly what I needed. Sometimes, I was a little afraid of overwhelming people, because I explicitly describe my sister’s death, but everyone was right there with me. I actually don’t know if I could have done it without that kind of community.

24700: So when it came to integrating all these documents you mention – transcripts and coroner’s reports – were you mostly synthesizing the information and weaving it into the narrative? Or does the manuscript include images and file scans?

RA: In my original submission to my agent, there were no images. My editor was interested in seeing photos of my sister and family, so now we are incorporating a number of photographs in the book. I also have journal entries, letters, newspapers articles and court documents quoted throughout.

24700: Can you talk a bit about forming that relationship with your editor at Bloomsbury?

RA: Yes, she’s amazing. My editor, Callie Garnett, is actually a poet, and I feel very lucky to work with her. She has this incredible tenderness, but still gives her opinion, and I think that’s rarer than people think.

24700: That sounds really special. What was the process of procuring your editor/ agent and sending your manuscript out?

RA: I got referred to an agent and I sent the manuscript to him within two week of graduation, and so I very quickly had to learn how to write a query letter and all of those formalities. By mid-summer he had read it and offered me representation. So I accepted, and it all happened very quickly. I did a round of edits and then he submitted to editors early this year. After the first round of outreach, I had some interest, but ultimately Bloomsbury was the best fit because they understood the heart of the book. It’s a weird little book. I mean, it’s short and it’s strange and it’s dark. It’s not a happy memoir where everyone’s okay at the end. During my first phone call with Bloomsbury, there were like 10 people on the line, and they were all women. And it’s not that the book won’t resonate for men, but I think in particular women who’ve had sisters will understand it maybe on a different level.

RA: It takes months for a contract to get written up, but in the meantime, I was working on edits. Initially, they wanted me to publish in winter 2021, but they moved it up to next summer because there were less edits than expected. I feel like I’ve been really lucky. Bloomsbury has been remarkably supportive. 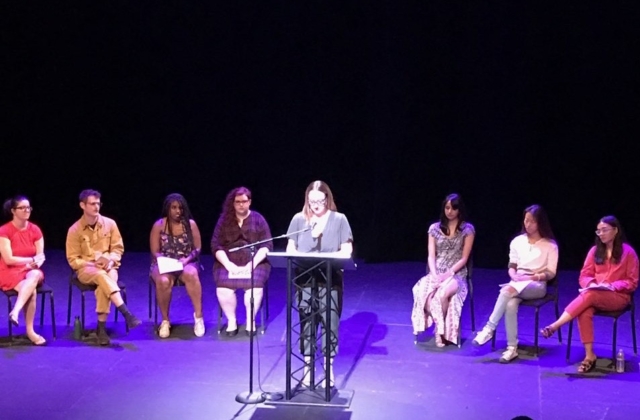 24700: Do you have other writing projects happening right now? Or is preparing for the book release sort of an all-consuming task?

RA: Yeah, I’m working on a novel now that has nothing to do with me. And that’s great. I’m like, ‘let’s take a break from my experience.’ It’s about a therapist who doesn’t feel empathy, so I’ve been reading a ton about sociopaths. My goal is to have a draft of the novel done by the time this book comes out. Besides copy edits and asking for blurbs, my duties for The Heart and Other Monsters are relatively light right now.

24700: Does it feel different to be working on this novel in a self-directed manner versus the way you really dove into the memoir in tandem with an MFA program?

RA: Yes! I have a really hard time having an actual writing practice which I know sounds silly given that I wrote a book. But part of why I went to grad school was so I could have the accountability. I’m just trying to keep going forward, little by little.

24700: It seems like it‘s been working. You had some other pieces published online recently, correct?

RA: I had a piece come out in The Cut and another one in Glamour. The one in The Cut is a modified essay from the book about my stepfather, who was this famous environmentalist and peace activist who was also an alcoholic and overall pretty terrible at home. That essay tries to address the ways in which communities need to hold their own people accountable, particularly liberal white men. The Glamour piece is not from my book. It’s about the vaginal reconstruction surgery I had about five years ago, and sort of finding my pleasure from that.

24700: And what made you decide to pitch your writing out into the digital realm to publications like that?

RA: I remember Roxane Gay was our visiting writer one year at CalArts, and someone asked her if she had a single piece of advice for the students. She said yes, learn to write an essay, because that’s what’s going to get you seen in the world. And it’s absolutely true. It gives you a much bigger platform and you connect with a lot more readers when you publish pieces like that. So I guess that’s sort of what I’m trying to do now, building my writing career. I’m also working on an archival project with Janet Sarbanes for the CalArts 50th Anniversary next year. That, combined with freelance writing, keeps me feeling productive but still gives me time to do the editing I need to do.

24700: So when can we look out for more news about The Heart and Other Monsters?

RA: The marketing push and advanced reader copies will begin at the end of 2019, and the book will have its official release on July 7, 2020.

RA: Thank you! Yeah, I guess I was lucky. But it also feels like – and I know it sounds super cheesy – but like there is a certain magic to it. I truly don’t know if I’ll ever write a book like this again, because there’s some magic that comes with writing about something that you love so, so dearly. But truth be told, I’m okay with that. I just hope that that magic will propel it forward and it will be his special, neat thing that exists in the world.

The Heart and Other Monsters hits shelves next summer. In the mean time, keep up to date with Rose via her website: www.roseandersenwrites.com