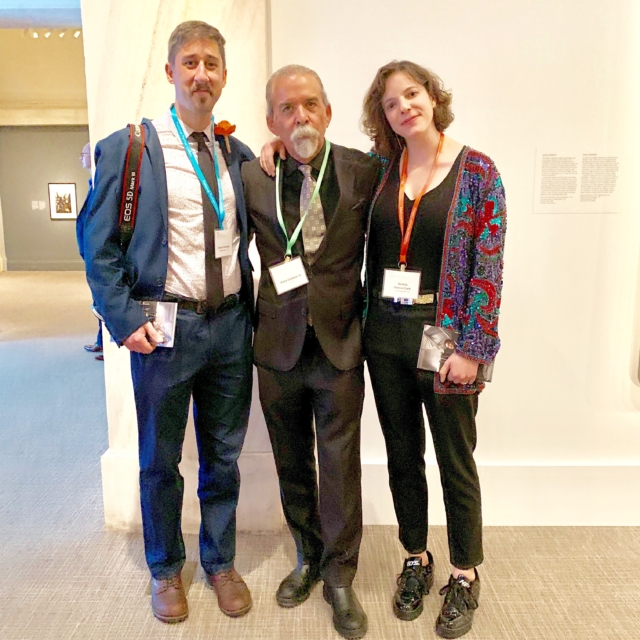 Last month, Harry Gamboa Jr., artist and co-director of the Photo and Media program at CaArts, served as a juror for The National Portrait Gallery’s triennial Outwin Boochever Portrait Competition. ArtForum describes the competition as one that “aims to reflect the contemporary state of portraiture in the United States.”

Among those recognized in the portrait competition were two CalArtians —  Daniel Centofanti (Photo/Media MFA 15), as a finalist, and Natalie Garcia-Clark (Art BFA 18) with a prize winning commendation.

Centofanti was a finalist for his photo Dad on the Towmotor. The portrait is part of his series focusing on the Hynes steel fabrication plant in Youngstown, Ohio, a place where generations of his family have worked. 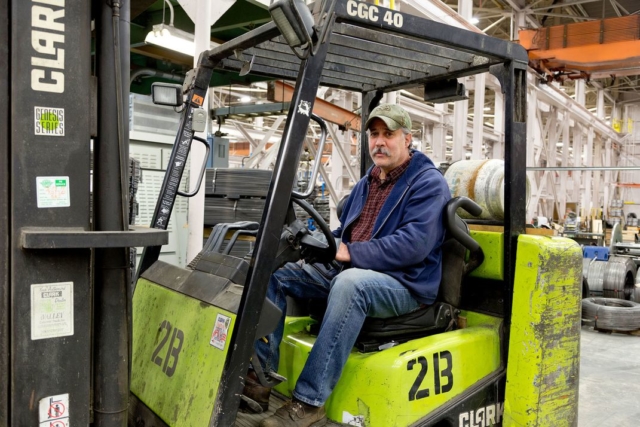 Centofanti photographed his own father for the piece, engaging with themes of family history and working class America | Image: The Outwin 2019

“Over the course of my life, I watched as my father went from having pride in his occupation to resenting his job,” Centofanti reflects. “As twisted as the steel he produced, my dad watched the systemic devaluation of union labor under the forming neoliberal economy. It is through this shared sense of indignation as laborers that I create my work.”

Garcia-Clark was commended for a self-portrait video piece called How many steps will it take me to disappear from your perspective.

The first-prize winner was Hugo Crosthwaite, recognized for A Portrait of Berenice Sarmiento Chavez, a stop-motion drawing animation of woman’s journey to the US.

ArtForum notes that Crosthwaite is the first Latinx artist to receive the $25,000 award since the competition’s founding in 2006. The winning video is part of a series that Crosthwaite has been developing, based on interviews with people who are living in or are passing through Tijuana.

Entries are gathered through an open call, but for the first time in the triennial’s history, the museum specifically asked for submissions responding to the current political and social context. What resulted was a presentation of nearly 50 portraits from an entry pool over of 2,600, offering diverse perspectives on pressing contemporary issues. From The Outwin Site:

The selected finalists create portraits in a wide range of media—painting, drawing, photography, sculpture, time-based media art, installation, and performance—but all are keenly aware of portraiture’s potential to insist on the presence, and importance, of every human being. This year’s Outwin aims to advance the art of portraiture for future generations while encouraging visitors to empathize and locate meaningful connections. 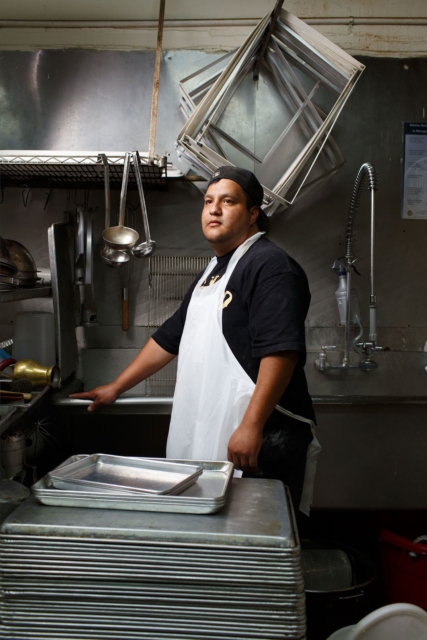 The Outwin is made possible through the Virginia Outwin Boochever Portrait Competition Endowment, established by Virginia Outwin Boochever (1920–2005), who served as a docent for the National Portrait Gallery for nearly two decades. This triennial competition invites artists living and working in the United States to submit recent portraiture work. The selected pieces reflect the compelling and diverse approaches contemporary artists are using to tell the American story through portraiture.

A full color catalog of this year’s recognized pieces has been assembled and can be purchased on The Outwin’s site.