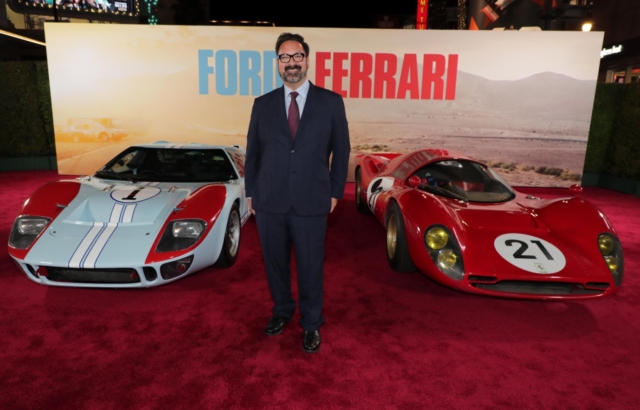 Based on the true story of the legendary American car designer Carroll Shelby (Matt Damon) and his tempestuous relationship with the British-born driving expert Ken Miles (Christian Bale), the nearly 2.5-hour film follows Shelby and Miles as together they build a game-changing race car for Henry Ford II’s Ford Motor Company. In 1966, their car takes on the giant of the racing industry — Enzo Ferrari — at the 24 Hours of Le Mans race in France. (Unlike other motorsport racing events like the Indianapolis 500, the winner of Le Mans isn’t determined by fastest time: The winning car covers the greatest distance in 24 hours.)

The story takes place all over the world — from France’s Loire Valley to Dearborn, Mich., and Maranello, Italy, homes of Ford and Ferrari’s motor companies, respectively — but Mangold and the film’s production designer François Audouy painstakingly recreated all those key sites around Southern California, including the Agua Dulce Airpark in the Santa Clarita Valley (approximately 25 miles from CalArts’ campus).

Although much of the buzz around Ford v Ferrari has focused on the classic cars, racing and the attention to detail, first and foremost, for Mangold, it’s about the people and their stories. It always has been. As a 2013 guest artist in CalArts’ Film Directing Program, the director of Walk the Line, The Wolverine and Logan talked to students about the importance of communications, storytelling and avoiding the cliches in biopics.

Finally, however, this is not a story about cars, or even about racing, but about character, conflict and fate. If proof be needed, look closely at the thank yous in the final credits and you will see the name of the late Alexander Mackendrick.

One of the great figures of moviemaking, the director of such rich, emotional films as “The Man in the White Suit,” “The Ladykillers” and “Sweet Smell of Success,” Mackendrick was Mangold’s teacher and mentor at CalArts. With “Ford v Ferrari,” Mangold has surely made a film that would make the old man proud.

Watch: James Mangold featured in We Are CalArts: How CalArts Transformed 10 Alumni.