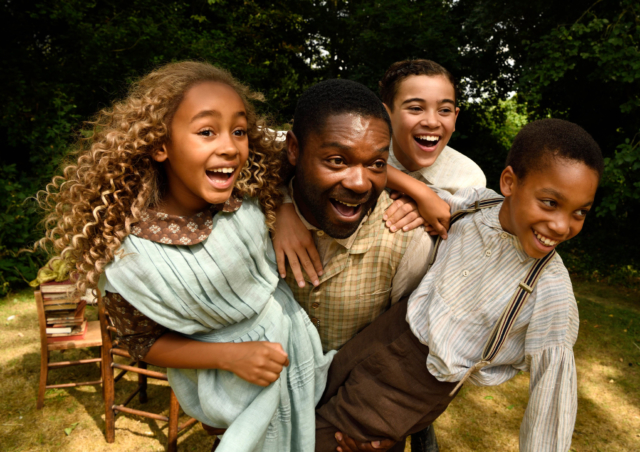 Keira Chansa, David Oyelowo, Reece Yates and Jordan Nash appear in Come Away by Brenda Chapman, an official selection of the Kids program at the 2020 Sundance Film Festival. Courtesy of Sundance Institute.

Editor’s note — this post has been updated to reflect the addition of work by CalArts alum Vera Brunner-Sung.

On Wednesday, Dec. 4, the Sundance Institute released the lineup for the 2020 Sundance Film Festival, which runs Jan. 23-Feb. 2, 2020, in Park City, Utah. CalArtians are among the named directors, producers, performers and writers in the 118 feature films selected.

In the Kids category, animation story artist and director Brenda Chapman (Film/Video BFA 87) is screening the live-action fantasy drama Come Away. Starring Angelina Jolie and David Oyelowo, the film features the title characters of Alice in Wonderland and Peter Pan as siblings attempting to comfort their parents in the wake of their eldest son’s death. Chapman is known for her work as a director on The Prince of Egypt (1998), minting her place as the first woman to direct an animated film for a major studio, and on Brave (2012), for which she became the first woman to win the Academy Award for Best Animated Feature. 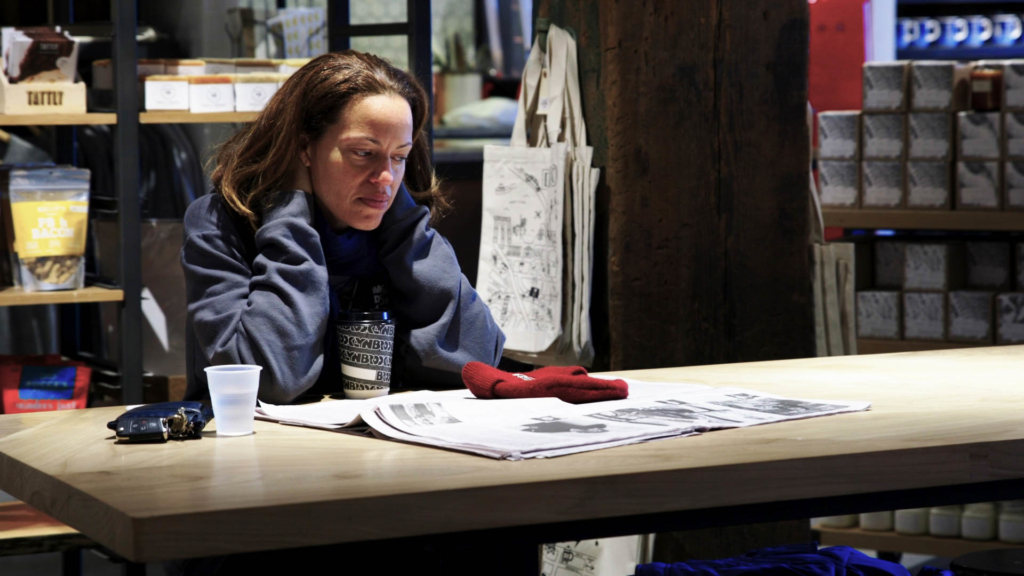 A still from Untitled Kirby Dick/Amy Ziering Film by Kirby Dick and Amy Ziering, an official selection of the Documentary Premieres program at the 2020 Sundance Film Festival. Courtesy of Sundance Institute | Photo by Martyna Starosta.

Academy Award-nominated director, screenwriter and producer Kirby Dick (Art BFA 76) is screening in the Documentary Premieres category for the Untitled Kirby Dick/Amy Ziering Film. A collaboration between Dick, Ziering and Oprah Winfrey, the film follows a “brilliant former hip hop executive grappl[ing] with whether to go public about her rape by one of the most powerful men in the music industry.” Kirby has won a Sundance Film Festival Award twice for SICK: The Life & Death of Bob Flanagan, Supermasochist (1997) and The Invisible War (2012).

Experimental filmmaker Vera Brunner-Sung (Film/Video MFA 09) screens in the Documentary Short Films category for Character. The documentary profiles actor Mark Metcalfe, known for his portrayal of antagonists and “aggrieved authority figures” throughout a decades-long career in Hollywood. Metcalfe, now in his 70s, reflects on his career through the lenses of power, privilege and the dual joys and perils of typecasting. Character is the latest exploration of identity by Brunner-Sung, who studied with esteemed School of Film/Video faculty members Thom Andersen, Rebecca Baron, James Benning and Betzy Bromberg while at CalArts. 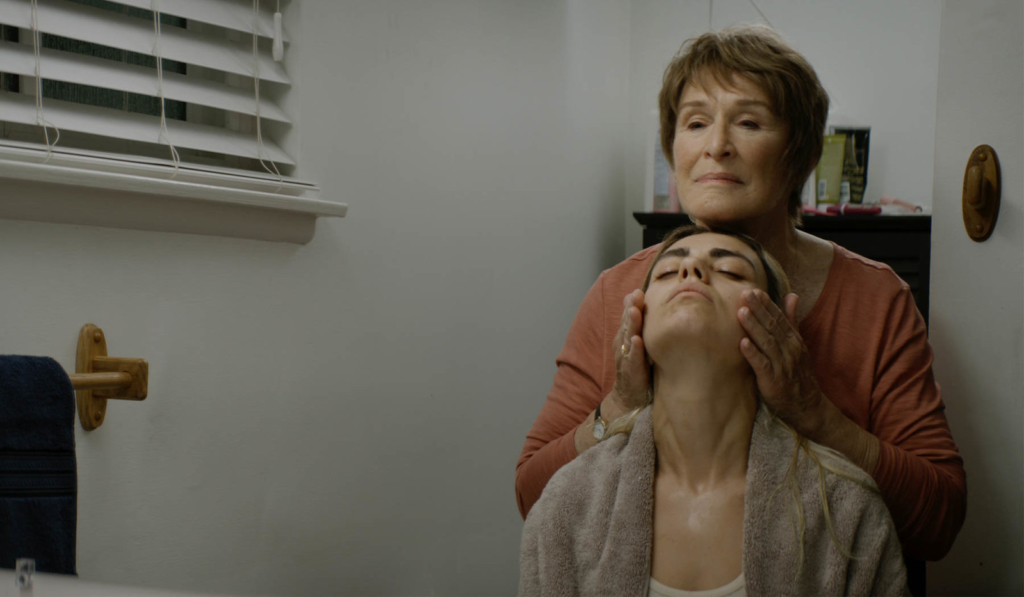 Director, screenwriter and CalArts trustee Rodrigo García’s work is also featured in the Premieres category for drama Four Good Days, starring Glenn Close and Mila Kunis. The bonds of parent and child are tested when Molly (Kunis), who has struggled for a decade with opioid addiction, attempts to stay clean for four days to qualify for a new drug under her strict mother’s (Close) unfaltering watch. García is the recipient of a 2009 Writers Guild of America Award for Television for a New Series and 2000 Prize of Un Certain Regard from the Cannes Film Festival. 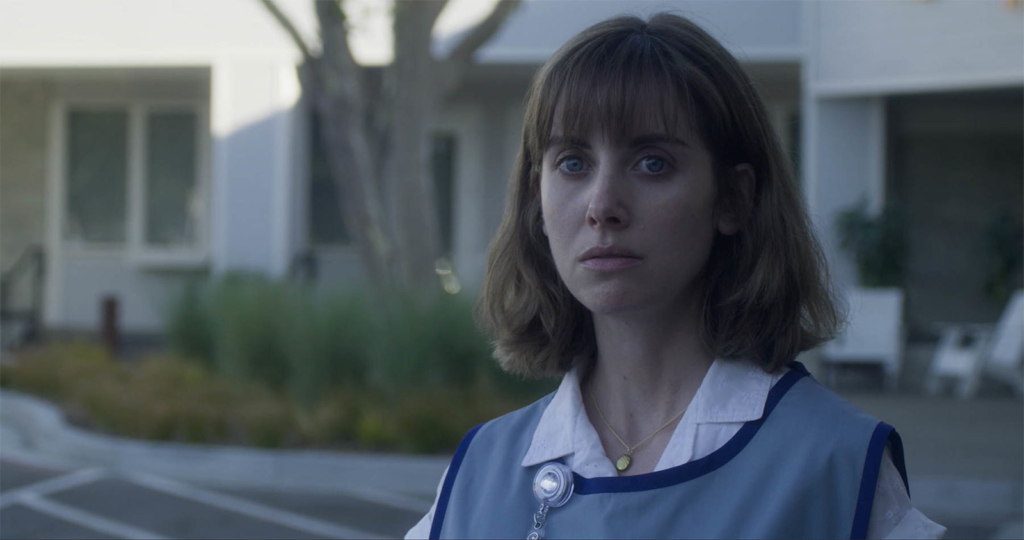 Alison Brie appears in Horse Girl by Jeff Baena, an official selection of the Premieres program at the 2020 Sundance Film Festival. Courtesy of Sundance Institute.

The Premieres category includes Alison Brie (Theater BFA 05) for Horse Girl, for which she serves as an actor, producer and first-time screenwriter. The socially awkward protagonist, who enjoys arts and crafts, supernatural crime and, of course, horses, increasingly loses her footing as her dream world begins trickling into her reality. Brie also has an acting credit in Promising Young Woman, a drama thriller also selected in the Premieres category. 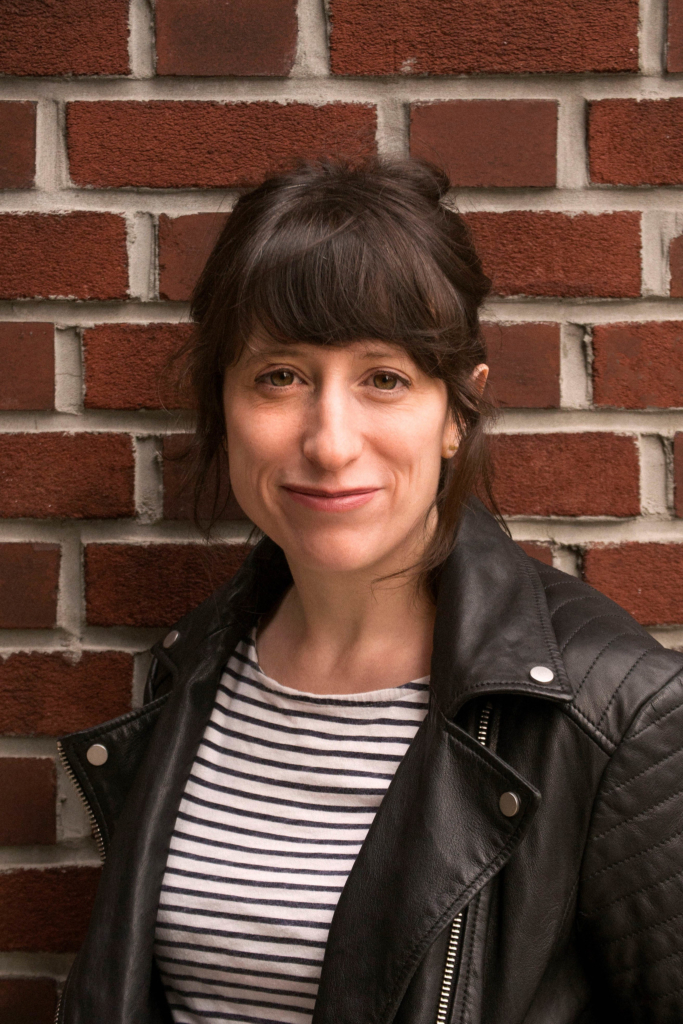 Never Rarely Sometimes Always, from director and screenwriter Eliza Hittman (Film/Video MFA 10), screens in the U.S. Dramatic Competition category. The American-British drama follows Autumn and her cousin Skylar, two Pennsylvanian teenage girls who embark on a fraught journey to New York City in the face of an unintended pregnancy. Hittman is a 2018 Guggenheim Fellowship recipient, and previously recognized by the Sundance Institute for her drama Beach Rats, which was selected for the 2015 Sundance Screenwriter’s Lab and premiered at the 2017 Sundance Film Festival.