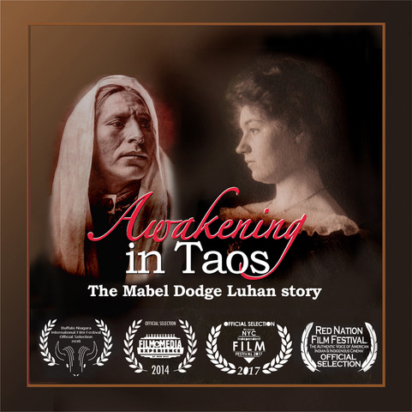 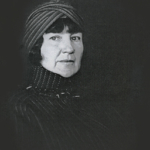 Awakening in Taos traces the life of Luhan, an independently wealthy writer, art patron, salon host and social activist known for championing women’s and Native Americans’ rights. She is credited with bringing the “movers and shakers” of the era, such as landscape photographer Ansel Adams, painter Georgia O’Keeffe and writer D. H. Lawrence, to New Mexico. The story also depicts her marriage to Antonio “Tony” Lujan, a member of the Taos Pueblo’s local Tiwa tribe. The documentary, which is narrated by actor and animal rights activist Ali MacGraw, was produced for PBS and took 10 years to complete.

“[The film] changed my life completely,” Gordon said in a 2017 “Frontera” interview on PBS. “First of all, I had to do a lot of research to bring this all to light. I had to learn how to be a journalist and interview people so that you could have coherent interviews that would make up the film. I had to learn how to do research and to translate it. Just as it’s a story about a woman finding her own voice as a writer, the process of making this film was finding my own voice as a writer.” 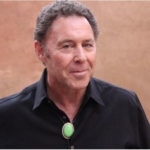 Gordon also has a dramatic spin-off series in the works, which he has jokingly referred to as Downton Pueblo. Tentatively titled Awakening in Taos: The Series, the project expands on Mabel Dodge Luhan’s life, pieced together from a large collection of her archived materials (“one and a half tons of papers, photographs, scrapbooks, newspaper articles”) from Yale University’s Beinecke Rare Book & Manuscript Library.

“The documentary was a labor of love and took 10 years to produce,” Gordon told 24700 during an email interview. “We are hoping that the series will continue the interest in this story and characters.”

Gordon’s other current project is Man of Many Colors, a biographical documentary about Native American artist Blue Spruce Standing Deer, the great-grandson of Tony Lujan. Standing Deer originally served as a consultant and partner in Awakening in Taos’ development.

“Tracking Standing Deer’s spiritual and world picture transformation makes an interesting follow-up on the themes touched upon in the first documentary,” said Gordon. “Standing Deer is an artist, singer/drummer and the son of a medicine man. After 18 years in California’s fast lane, Standing Deer is called home where through art and music he is able to reconcile his ancestral beliefs with life in the 21st century.”

Learn more about all of Gordon’s projects on the official website.