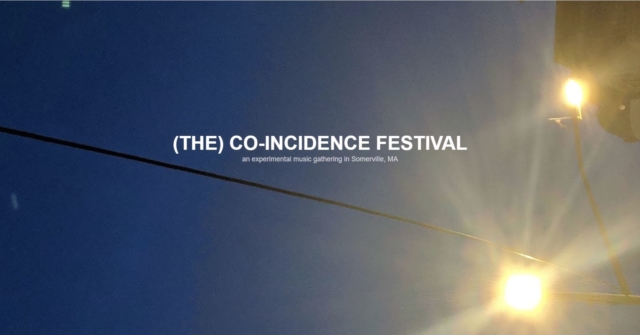 Seeking to expand the definitions of art, music and the traditional concert format, the festival was founded by co-directors Aaron Foster Breilyn (Music MFA 13) and Luke Martin (Music MFA 16) in 2017 to unite the experimental music community through collaboration, discussion, workshops and performances. Aside from five pre-scheduled concerts, programming will be determined by seven invited guest artists as the festival progresses.

The 2020 festival’s resident artist is John Holloway, political theorist and Professor of Sociology at the Instituto de Ciencias Sociales y Humanidades in the Benemérita Universidad Autónoma de Puebla, Mexico. Holloway has written extensively on Marxist theory and the Zapatista movement, as well as revolution through capitalist disruption in his book Change the World Without Taking Power (Pluto, 2002), followed by an expanded argument in Crack Capitalism (Pluto, 2010).

The festival kicks off with a Welcome Concert that features Michael Pisaro, a faculty member of The Herb Alpert School of Music at CalArts, who served as the festival resident artist in 2017. On Saturday, Jan. 11, Pisaro and multidisciplinary artist Cherlyn Hsing-Hsin Liu (Film/Video MFA 15) present a new work for film and sound. Be sure to check out other performances of new and developing works by composer and performer Manfred Werder on Wednesday, Jan. 15, musician and artist Robert Blatt on Friday, Jan. 17 and a finale concert on Saturday, Jan. 18.

Co-Incidence Festival is hosted by Non-Event, a Boston-based concert series devoted to the presentation of experimental, abstract and improvised music from New England and around the world.