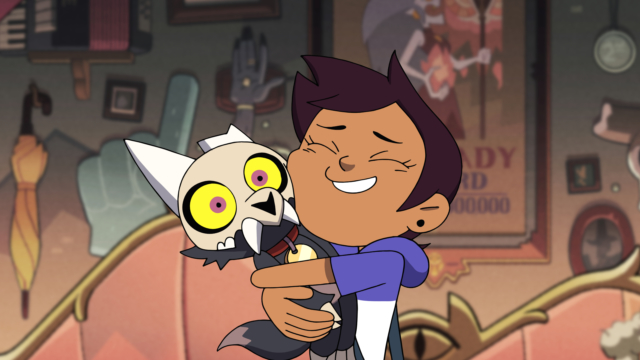 Weirdos are heroes in the Disney Channel’s new animated fantasy-comedy series The Owl House, which premieres on Friday (Jan. 10) on Disney Channel and DisneyNOW. Created by Dana Terrace (DuckTales), with art direction from CalArts alum Ricky Cometa (Film/Video BFA 14), the show follows Luz, a confident teen who finds a portal to a magical realm.

Despite her differences from the creatures who rule and reside in the kingdom (she’s human after all), Luz (voiced by Sarah-Nicole Robles) is accepted as she is, unlike at home and school. While in the magical world, Luz befriends a rebellious witch Eda (Wendy Malick), who becomes her mentor, and a tiny warrior named King (voiced by fellow CalArtian Alex Hirsch [Film/Video BFA 07]). 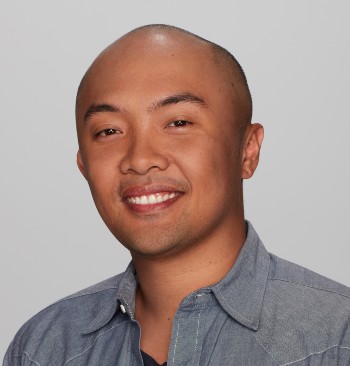 Cometa, who previously served as art director for Steven Universe, told 24700 that he started on this project three years ago to help his friend Terrace design the “demon” realm. He researched the work of artists like Hieronymus Bosch and John Bauer for Owl House inspiration. Cometa left the project for a time, but came back to Disney after it was greenlit by the studio.

“I just really wanted to do character design,” Cometa said of his initial career aspirations. “But I wanted every frame to look good and make the film look good.” No matter the project, he was compelled to work on overarching illustration, while making the pieces all fit together, so art directing came naturally. It didn’t hurt that he had experience in character design, coloring, animation, painting and cleanup — much of which he learned from making his own short film at CalArts.

Cometa credits the Character Animation faculty and classes, as well as his peers, for providing a great breadth of knowledge, readying him for his post-CalArts life, which included stints at Laika, Cartoon Network, Amazon and Frederator.

“Fran Krause’s Digital Methods classes are underrated,” Cometa said, talking about the tips and tricks he learned from Krause. “And Maija’s (Burnett) classes added good perspectives for the artist and filmmaker.” The Film Workshop class helps you find out “what kind of artist you are” and from former faculty Phil Rynda, creative director of Animation at Netflix, Cometa said he learned about the future of the industry and work both in and out of animation.

While at CalArts, Cometa won the 2014 Peers’ Pick Award, which is chosen by Character Animation students, for his film Corridors, about the real reasons that a boy won’t do his homework. Of his fellow classmates, Cometa said that everyone was so different with varied tastes, leading to incredibly diverse work. “But we were all like-minded in that we wanted to make something.”

Disney Channel has ordered a second season of The Owl House ahead of its premiere on Jan. 10 at 8:45 pm EST.