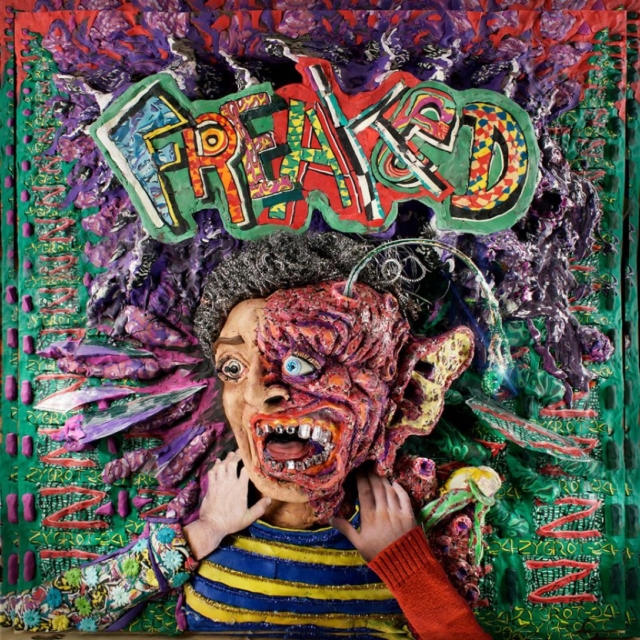 If you’re headed to the Beyond Fest screening of the 1993 cult classic film Freaked at the Egyptian Theater in Hollywood on Friday (Jan. 17), leave some time to check out the work of CalArts alum David Daniels (Film/Video MFA 85).

“The feature was supposed to be what A Hard Day’s Night was to the Beatles, but for the Butthole Surfers,” Daniels said during a recent phone interview.

Directed by Alex Winter (best known for acting in Bill & Ted’s Excellent Adventure) and Tom Stern, the film is a politically incorrect sci-fi film about an evil company man visiting a toxic mutant farm created from the company’s own chemical, Zygrot 24.

At the record release party, Daniels will set up his artwork in the lobby, including 3D clay sculpts which he used to help create the cover art.

Daniels, who earned his MFA in experimental animation, is credited with inventing the strata-cut animation — a form of stop-motion animation where a bread-sized clay loaf is sliced to create movement. Daniels used this technique in his CalArts film Buzz Box, which led to its use in other projects including musician Peter Gabriel’s “Big Time” video, Pee-Wee’s Playhouse and the opening credit sequence for the low-budget Freaked.

During the release party and art show, which begins at 6 pm, Daniels will be giving away autographed slices of the original artwork.