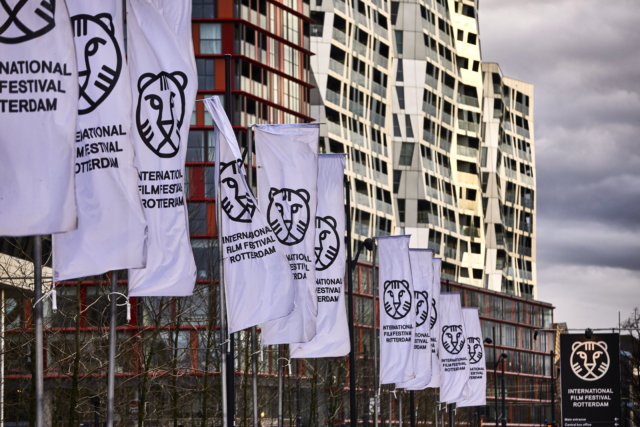 The 2020 International Film Festival Rotterdam (IFFR) will be held in the Netherlands from Jan. 22-Feb. 2. | Photo by Jan de Groen. Courtesy of IFFR.

CalArts Program in Film Directing student Artem Aisagaliev (Film/Video MFA 20) premieres his debut feature film The Babai, at the annual International Film Festival Rotterdam (IFFR). Held in the Netherlands through Feb. 2, IFFR is in its 48th year and features a curated selection of fiction and documentary feature films, short films and media art.

Aisagaliev’s film is titled after an eponymously named night spirit (a.k.a. the Bogeyman) in Slavic mythology and folklore. The story is about young brothers Mark and Gesha, whose childhoods are characterized by discipline and humiliation.  According to the program, “Although the images and situations are extremely realistic, almost documentary in nature, Aisagaliev uses the boys’ lives allegorically.”

The Babai is competing in IFFR’s Bright Future program category with screenings on Thursday, Jan. 23, Friday, Jan. 24, and Monday, Jan. 27. Following the screenings, Aisagaliev will hold a Q&A with the audience.

Check out the trailer for The Babai below.