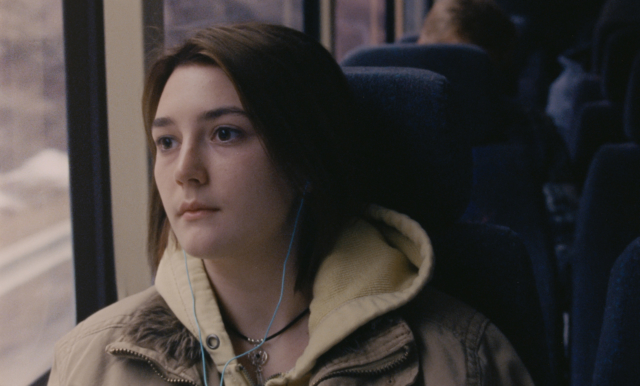 Filmmaker Eliza Hittman (Film/Video MFA 10) is the recipient of a U.S. Dramatic Special Jury Award in Neo-Realism at the 2020 Sundance Film Festival for her narrative feature Never Rarely Sometimes Always.

The film follows Autumn (Sidney Flanigan) and her cousin Skylar (Talia Ryder), two Pennsylvanian teenage girls who embark on a fraught journey to New York City in the face of Autumn’s unintended pregnancy. Described by IndieWriter’s Kate Erbland as a “candid abortion drama,” the story drew inspiration from real life events and film: the death of Savita Halappanavar, an Indian woman living in Ireland who was denied an abortion by the University Hospital Galway’s staff, and Cristian Mungiu’s communist Romania-set drama 4 Months, 3 Weeks and 2 Days (2007). The film, which follows the story of two students attempting to get an illegal abortion under dictator Nicolae Ceaușescu’s reign, motivated Hittman to treat her own characters with greater sensitivity.

“I talked with social workers at several clinics, like Planned Parenthood in New York, and just tried to hear their stories about their encounters, and tried to empathize and think about what they go through as well,” Hittman said in a recent interview with IndieWire.

Never Rarely Sometimes Always is set to be released on March 13 by Focus Features.

Hittman is a screenwriter, director and producer who was named among Filmmaker Magazine’s 2013 listing of “25 New Faces of Independent Film.” Hittman has been previously recognized by Sundance for her drama Beach Rats, which was selected for the 2015 Sundance Screenwriter’s Lab and the winner of the 2017 festival’s Directing Award. She is also the recipient of a 2018 Guggenheim Fellowship.

Read about the other CalArtians selected for the 2020 Sundance Film Festival, and see the full list of award winners here.