Last week (Jan. 26), the CalArts Alumni and Family Engagement team hosted a special screening of the Oscar-nominated animated feature Klaus—the day after director Sergio Pablos’ (Film/Video 92) film swept the Annie Awards. The film won all seven categories for which it was nominated, including Best Animated Feature and Best Direction.

Although it had been a whirlwind 24 hours, Pablos attended the CalArts screening and took part in a post-screening discussion with animation veteran and fellow CalArtian John Musker (Film/Video 77), who also received the Winsor McCay Award at Saturday night’s Annies. The two artists then graciously took questions from the audience, who were a mix of alumni, students, and their families.

Produced by Pablos’ SPA Studios in Spain for Netflix, Klaus provides an alternative origin story of Santa Claus. Jesper (Jason Schwartzman), the worst student in the postal academy, finds himself stationed on an island above the Arctic Circle. It’s a cold and depressing town, and the feuding local clans don’t help. With the help of a local teacher Alva (Rashida Jones) and Klaus (J.K. Simmons), a mysterious carpenter who lives alone in a cabin full of handmade toys, Jesper learns to be a little less self-centered, instead focusing on how to brighten the lives of the local residents. 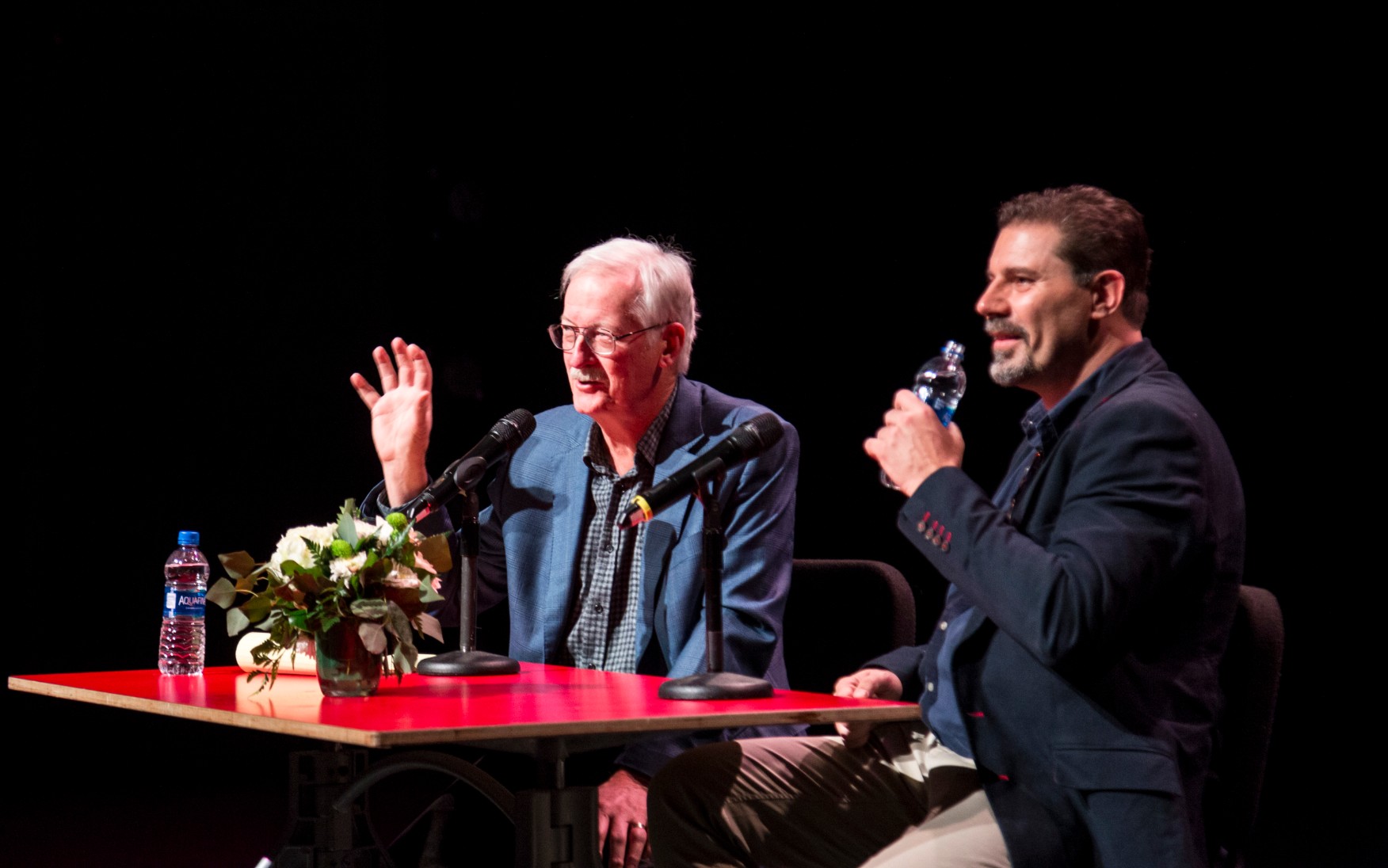 John Musker and Sergio Pablos participate in a post-screening discussion at REDCAT on Jan. 26. | Photo: Hao Feng for CalArts

What’s awed the animation industry and artists about Klaus is that it’s an entirely hand-drawn, 2D film that’s so polished that it looks like a 3D feature (one created through computers and CGI). Pablos credited his team of artists who knew exactly how to paint and layer light.

“I think it is a miracle to have onscreen, a 2D film of this quality, top to bottom in all departments,” Musker said during the discussion. “And I thank you on behalf of all 2D animation fans, and just animation fans in general, for this gift you’ve given us.”

Pablos acknowledged that the road to making the film wasn’t easy. He pitched Klaus “everywhere” for eight months. “I’ve never had a project that I was so sure of … how could they say, ‘no’? But they did.” (Klaus had been Pablos’ passion project for more than nine years.) 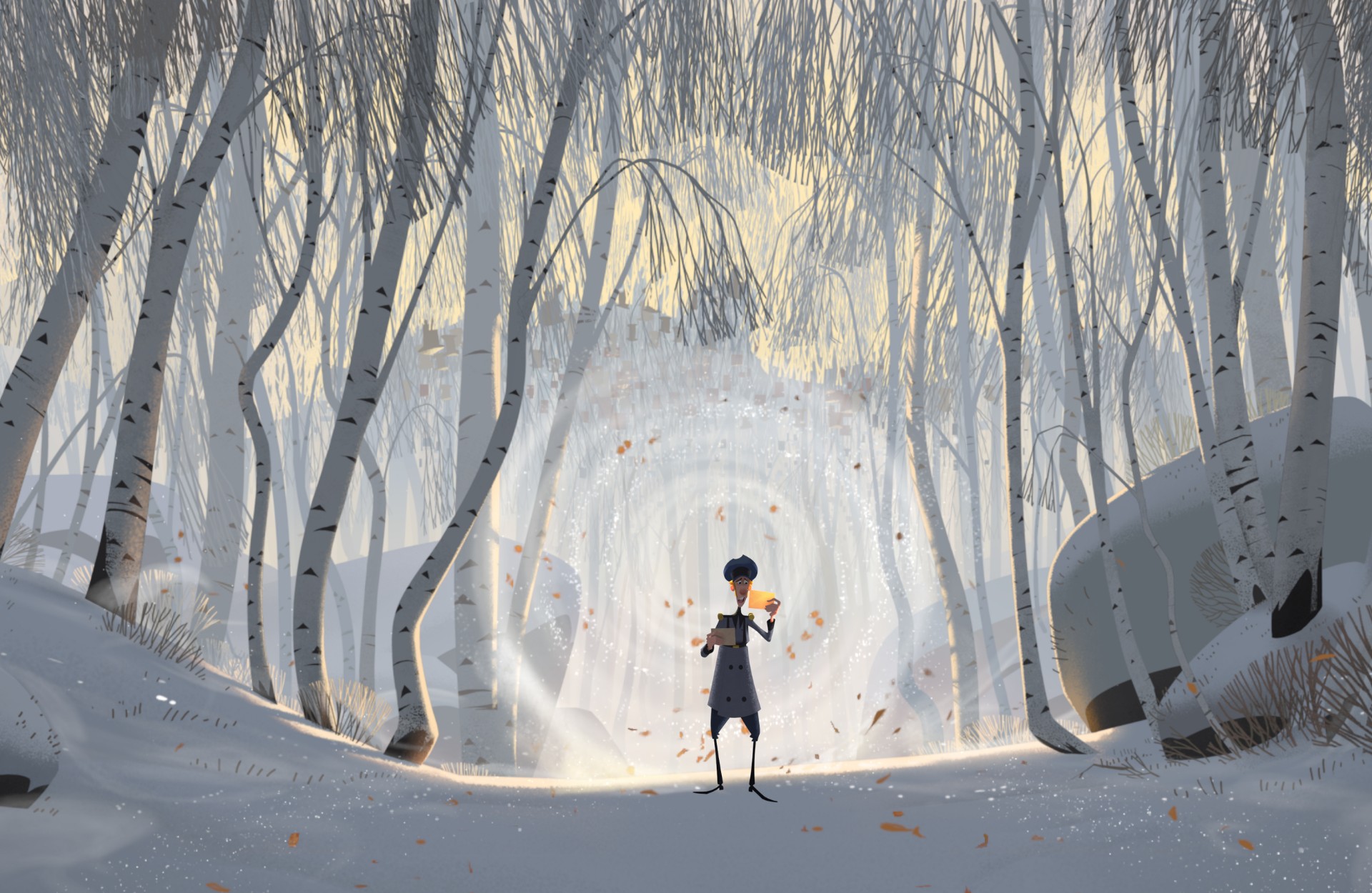 “Netflix was actually the opposite. They were actually looking to fill those very specific dates because there was a demand for it.”

Pablos, who attended CalArts with a cohort of animators that included Craig McCracken (The Powerpuff Girls), Genndy Tartakovsky (Samurai Jack) among many others, co-created the 2010 hit Despicable Me, and his past credits include Tarzan, The Hunchback of Notre Dame and Hercules. Klaus, which he also wrote, marks Pablos’ directing debut and is now streaming on Netflix in 190 countries.

During the Q&A, an audience member asked if the success of Klaus signals the comeback of 2D animation in theaters and within the industry.

“I hope. But I’m not sure any one film will do it,” Pablos said. “It’s efforts like ours and others. We’re not the only ones trying. I’ve enjoyed the stuff from Cartoon Saloon. I’ve enjoyed Prima Linea’s work on The Red Turtle. Anything coming from Japan. Especially because they’re free from that genre convention, and they just do whatever they want. And I wish we could do the same thing.

“But I hope it will help to send a message that before you completely dismiss 2D animation…I just [want] there to be a conversation: ‘Should we consider this?’

“I do not expect that 2D will make a comeback to what it was in the ’90s. I just want it to have a space. That’s really all I want.”