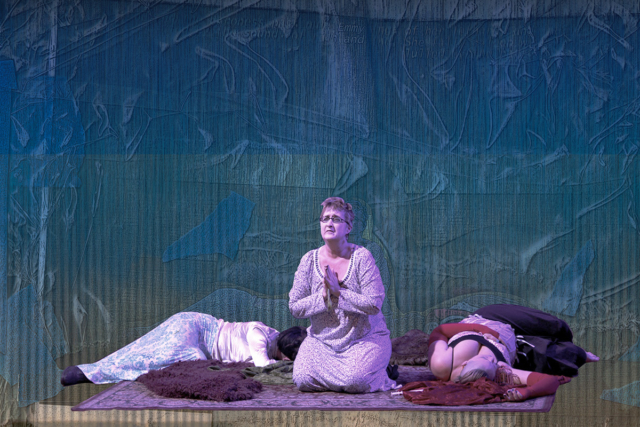 On Saturday, Feb. 8, REDCAT presents the world premiere of Dada Divas, an experimental opera by Jacqueline Bobak, faculty in The Herb Alpert School of Music at CalArts.

Drawing on elements of Dada, Futurism, variety shows, opera, experimental music, and performance art, Dada Divas comments on the status of women, immigration, drug addiction, war, consumerism, and other concerns that are as pressing today as they were when Dada erupted a century ago.

Said Bobak about her inspiration for Dada Divas:

In their time, the women of Dada were insurgent creative forces to be reckoned with. Presenting an opera based on their works and lives is incredibly timely given the current sociopolitical climate and interest in rectifying gendered historicity. The women of Dada and their ideas are relevant, inspiring, and provocative still today. The Dada Divas are artistic ancestors whose voices modern women restore into conversations that demand attention.

Bobak, a music artist and educator committed to creating, interpreting, and teaching adventurous music made with and for the voice, has taught in The Herb Alpert School of Music at CalArts since 1991. She has performed extensively throughout North America and Europe, including the Audio Art Festival in Kraków, Poland; the Festival Vértice in Mexico City, and the Dada World Fair in San Francisco.

In 2015-16, she designed a class at CalArts around her Dada Divas research project called Dada Divas, Then and Now: Poets, Paramours and Performers. The yearlong course allowed CalArts students to immerse themselves in the Dada Divas research and culminated in the student-generated performance RUBBISH, celebrating 100 years of Dada through the lens of contemporary women.