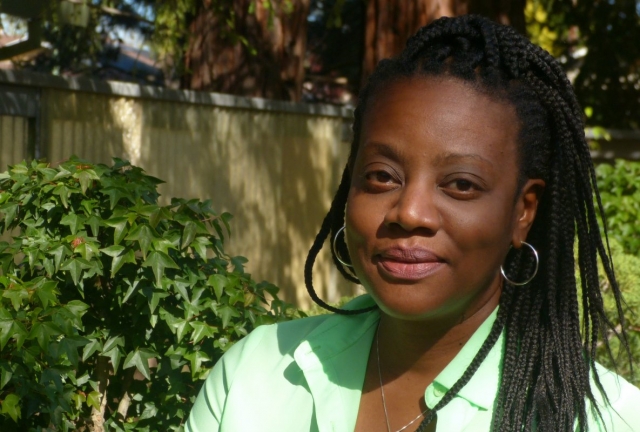 Smith creates work which calls upon poetry, science fiction, non-Western cosmologies and experimental film to engage with Afro-diasporic histories. In 2017, her brightly colored hanging textiles were featured prominently at the Whitney Biennial, which Flash Art explains were a response to “the artist’s sense of disgust and fatigue when confronted with video after video offering evidence of police violence against Black people.”

Mutualities serves as her first solo show in New York and features a group of new drawings, collectively titled Firespitters, as well as two films, Sojourner (2018) and Pilgrim (2017), shown in two installation environments newly created for the Whitney. 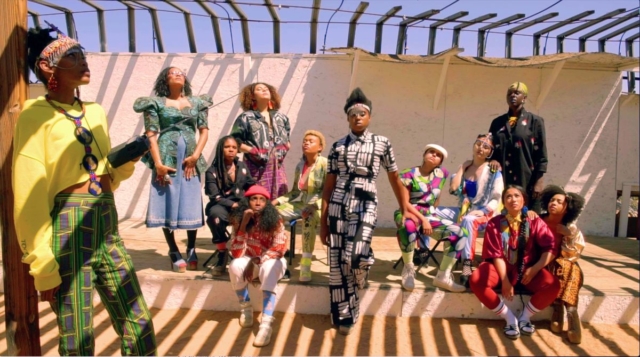 Sojourner follows a group of women walking in procession carrying orange banners covered in text by Alice Coltrane, an experimental jazz composer and spiritual leader whose music forms the soundtrack for both films. The women traverse sites such as Dockweiler State Beach and Watts Towers in Los Angeles and finish at Noah Purifoy’s Outdoor Desert Art Museum in Joshua Tree. There, the women listen to readings from Alice Coltrane, Sojourner Truth and the Black feminist Combahee River Collective.

We are proud to bring together Cauleen Smith’s films, installations and drawings in an exhibition that articulates an ethics of care, engagement and generosity. Each element of the show is experienced through another – books written and chosen by poets invited by the artist appear in delicate gouaches; a film tracing a pilgrimage to spiritual sites is bathed in the colored light of the installation surrounding it. The museum’s recognition of Smith’s long and deeply engaged practice is underlined by our recent acquisition of both films, Sojourner and Pilgrim, which join her banners already in the Whitney’s collection.

Mutualities is presented as part of the Whitney’s emerging artists program and runs until May 17. Tickets can be purchased online.