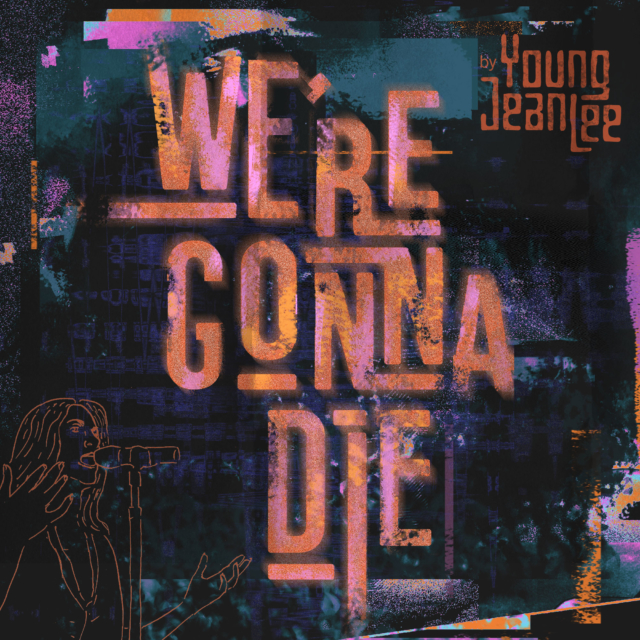 Blumberg describes the inception of the project:

We’re Gonna Die is a challenge to myself as a producer to bridge the gap between theater and music audience experiences, while challenging artists to do the same. The project was inspired by seeing a concert at Bootleg Theater, a venue that itself bridges those worlds. I wanted to create a performance that operated with the flexibility and immediacy of a concert with the emotional impact of a really good play. When both Monty’s father and my own died within eight months of each other in 2018, we knew that We’re Gonna Die was the project that we needed to make.

At the heart of the performance is the idea of breaking down boundaries, between grief and joy, between audience and performer, and between disciplines. Part concert, part storytelling, We’re Gonna Die will elevate beyond the typical performances, demystifying loneliness by making it a shared, group experience.

The first time I heard We’re Gonna Die, I heard it as a beautiful album by Future Wife. It reminded me of soulful R&B albums that I listened to as a kid. That music had the ability to plunge into deep emotions and interrupt itself with interludes of everyday life… When my dad passed, those songs and stories suddenly became something more utilitarian. Young Jean Lee has written a piece that helps one deal with love, life, and grief. By performing We’re Gonna Die, you’re sharing a gift, a bag of tools to reckon with your mortality and loss.

For an in-depth podcast interview with Monty Cole about the performance, please visit the LA Theatre Bites podcast.