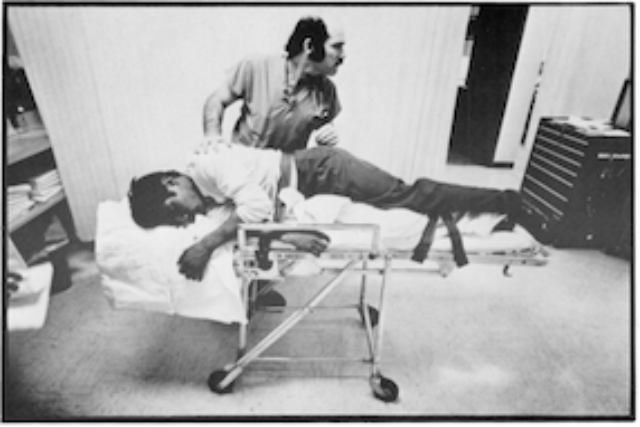 Like many artists, Gar LaSalle (Film/Video MFA 76) does not limit how he practices his art. From music to animation, from film to sculpting, from scriptwriting to novels. To say that LaSalle’s five decades of artistic output has been eclectic would be a major understatement.

But when you include in this mix the fact that LaSalle went to medical school, completed an internship and residency—between which he received his MFA from CalArts—and also spent 30 years as a practicing physician (including as a national chief medical officer, and in other roles, at multiple patient advocacy organizations), his biography reads like pure hyperbole.

Yet, it’s all true. And being an accomplished, multidisciplinary artist, as well as a medical clinician, has given LaSalle a broad canvas to work with. “When you put two disciplines side-by-side—whether you’re talking about medicine and film or another form of art—they cross-fertilize each other,” he said. “It provides an opportunity to expand the connotations of the words you use, reinvent the vision with which we see the world.”

That “cross-fertilization” began when LaSalle, a son of opera singers who was nurtured with a deep love and respect for the arts, decided to attend Cornell University Medical School after receiving his bachelor’s degree—with a double major in biology and theater—at Reed College in his native Pacific Northwest. Once he finished medical school, LaSalle did an internship at UC-Irvine and had some time before he was scheduled to begin his residency in reconstructive maxillofacial surgery at Stanford.

In the wake of the intense conformity of his medical training, LaSalle was eager to exercise his right brain.

“CalArts was the polar opposite of Cornell University Medical College,” LaSalle said. In fact, at Cornell there still was the requirement that the men wear ties, even while dissecting a cadaver. CalArts offered a much-needed respite from rigidity for LaSalle, and when he arrived at the institute he met the founder of the Experimental Animation program, Jules Engel, and saw the work that Engel, Adam Beckett, Pat O’Neill, Kathy Rose, and other faculty members were producing and decided to begin his MFA studies in Film Graphics.

“The experience was so eye-opening and fun for me,” he said. “Jules taught me to celebrate mistakes as the starting point to new visions. He encouraged me to give myself permission to play.”

LaSalle was also mentored by famed director and then-dean of the School of Film, Alexander “Sandy” Mackendrick, who helped him explore screenwriting. Between animation and film—as well as other disciplines, such as music—LaSalle’s exploration into the arts and creativity was flourishing, and it eventually began to intersect with his medical career as well.

“During the time I was at CalArts, I was also working in the emergency departments at various hospitals in Los Angeles,” LaSalle said. “That ER environment was, and still is, a ‘frontlines’ vantage point in the jungle. It provided me with a gritty, no-nonsense exposure to life behind the masks that we all wear. I began filming what was happening there.”  MacKendrick encouraged LaSalle to edit his raw footage into what would become his MFA thesis and a groundbreaking documentary, Diary of a Moonlighter, which aired on PBS. It was a raw, true-to-life, first person account of an urban emergency department—the first such documentary of its kind. Michael Crichton told LaSalle it inspired him to produce the television series ER.

After completing his MFA, LaSalle eventually did his residency in the new specialty of Emergency Medicine (at UCLA, not Stanford). He practiced emergency medicine clinically, directed large medical groups, and continues to teach in professorships at Cornell, Columbia University, and the University of Washington. Over the years, to find some balance, he also continued to produce films, write screenplays, create sculpture, and write a series of successful novels.

LaSalle believes the interplay between his experiences with medicine, business, and art have enriched each of the disciplines for him. He sees the current COVID-19 pandemic through this lens as well. “Part of the job of an artist, no matter what the discipline, is to tell stories that help us understand ourselves better,” he said.  “Although this crisis is certainly a tragedy, I believe there will inevitably emerge from it incredible, wonderful opportunities as well. If we are open to it and on the lookout for them, the suffering we experience now will stimulate new works that uplift us all as sentient beings.”