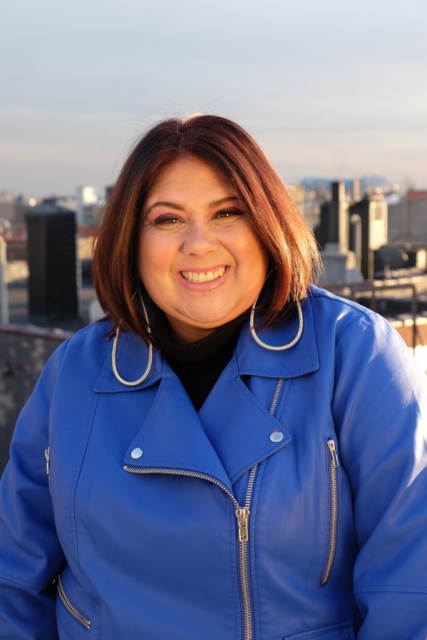 Playwright and CalArts alum Virginia Grise (Theater MFA 09) has been named the resident playwright of the transformative Latinx Cara Mía Theatre (CMT), a nonprofit community organization based in Dallas.

Grise will spend the three-year residency developing new works with the local community, working alongside a cohort of Dallas-based women of color to interrogate questions of land, autonomy, and the tools necessary to “build and sustain healthy and vibrant communities.” The grant award is the largest in CMT’s 25-year history, and is supported through funding from Andrew W. Mellon Foundation and HowlRound Theatre Commons’ National Playwright Residency Program.

“We are at a unique historical and political moment,” Grise was quoted in the official release. “A global pandemic, coupled with the civil unrest following the murder of George Floyd and the national movement to defund the police, present opportunities for us to not just reimagine theatre but to collectively imagine and build a more just world.”

Grise is an acclaimed playwright known for works like Your Healing is Killing Me (Plays Inverse Press), The Panza Monologues (University of Texas Press), and blu (Yale University Press). An epic poem for the stage, blu, originally developed as Grise’s MFA CalArts thesis project, went on to win the 2010 Yale Drama Series Award. In 2019, she collaborated with fellow CalArtian Kendra Ware (MFA Theater 09) on a production of Their Dogs Came With Them. In addition to stage plays, Grise is known for elaborate multimedia installations and site-specific works, such as rasgos asiáticos, created in collaboration with the CalArts Center for New Performance (CNP).

Grise is also a recipient of the Playwrights’ Center’s Jerome Fellowship, the Whiting Writers’ Award, and the 2010 Princess Grace Award in Theatre Directing.

“We are always looking at how our work as artists, teachers and activists will further uplift Dallas communities and neighborhoods,” CMT Executive Artistic Director David Lozano noted in the release. “Virginia’s residency will only challenge us to take that further, integrating our activism into the art itself.”