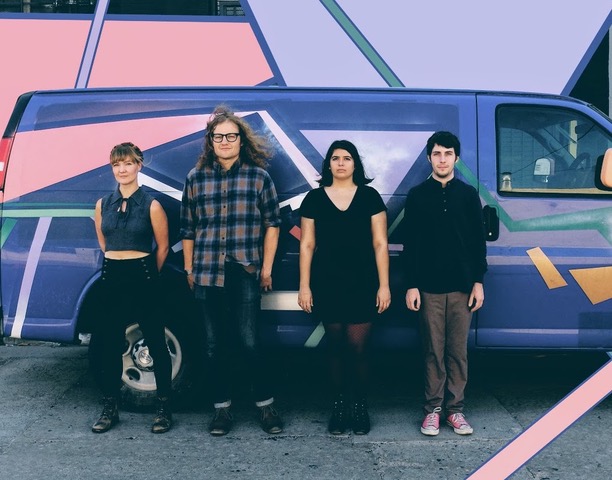 ‘Hope For Somewhere Better’ by The Neuroses was released June 26, 2020. The band is pictured here with their former bass player. From left to right: Suzi Karnatz, former bassist Joe Lamiell, Haña Lucero-Colin, and Joshua Elza Breen-Tucci. | Image courtesy of the artist.

In the wake of current events, including COVID-19 and ongoing civil unrest in US cities, The Neuroses’ new single takes on another layer of meaning. On their website the band stated, “We have come to view the song as representing something bigger: a hope that we as a nation and world will overcome our collective inner-demons and move through the pain and uncertainty of this moment towards somewhere better and brighter.”

In an email, Elza Breen-Tucci talked about the band’s beginnings:

The band began as a solo project for my garage/indie-rock/noise-pop recordings, and became a band in Los Angeles, in 2017. Most of our music centers around struggles with insecurity, mental illness, and loneliness, but from a place of optimism and love.

Elza Breen-Tucci is a mixed-genre composer and producer, sound-artist, installation artist, and illustrator. He’s been a recording artist since 2005, and The Neuroses is the fifth band he’s founded, fronted, and managed.

Listen to Hope For Somewhere Better below: