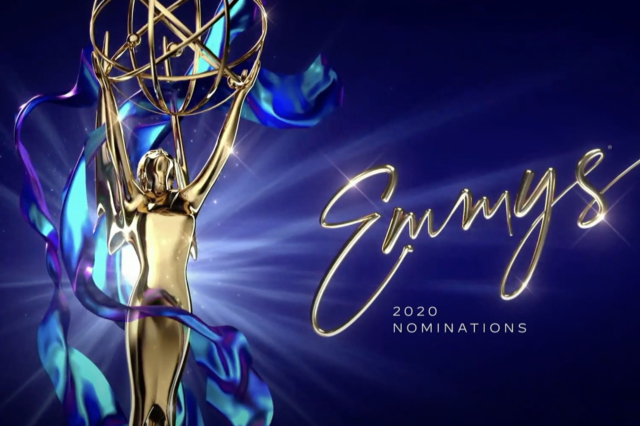 Editor’s note: Since this year’s Emmys will be awarded over the course of several days, this article will be updated throughout the ceremonies’ run.

On Monday, Sept. 14, the 2020, Creative Arts Emmy Awards commenced, with a twist—the prestigious annual award show’s format has been modified this year due to coronavirus, with host Nicole Byer and nominees attending virtually from their homes.

The awards will run for four consecutive nights from Sept. 14-17 on Emmys.com, and a mix from all nights will be broadcast in a ceremony, also hosted by Byer, on Saturday, Sept. 19 on FXX. The Creative Arts Emmy Awards precedes the 72nd Annual Primetime Emmy Awards, hosted by comedian Jimmy Kimmel on Sunday, Sept. 20 on ABC.

The multinight ceremony kicked off on Monday with the Reality & Non-Fiction categories. David Nordstrom (Film/Video MFA 05), supervising editor on Netflix’s critically acclaimed docuseries Cheer, was part of the team that won a Creative Emmy for Outstanding Picture Editing for an Unstructured Reality Program for the episode “God Blessed Texas.”

Characterized by NPR as “an incisive look at injury, coaching and competition,” Cheer shines a light upon the noteworthy athleticism and extreme grit within Navarro College’s cheerleading team, which has racked up numerous national awards under the leadership of coach Monica Aldama.

On Tuesday night (Sept. 15), the winners in the Variety categories were announced. Lighting designer Robert Barnhart (Theater BFA 87) was part of the team that won Outstanding Lighting Design/Lighting Direction for a Variety Special for the Super Bowl LIV Halftime Show Starring Jennifer Lopez and Shakira. The halftime performance, described by The Denver Post as “joyful” and “exuberant,” marks Barnhart’s 12th Emmy win.

Tartakovsky’s Emmy was one of three Primal received for Outstanding Individual Achievement in Animation. It also marked the fourth Emmy awarded to the animator, known for several films and TV series including the Hotel Transylvania franchise, (Film/Video 92) and Dexter’s Laboratory, which was based on one of his CalArts’ student films.

Former School of Theater faculty Ron Cephas Jones won the Emmy for Outstanding Guest Actor in a Drama Series for his work on the NBC drama This is Us. Cephas Jones’ portrayal of William Hill was praised in a July review by Entertainment Weekly, noting that “the series has already asked him to play over 20 years of age ranges and act out one of the most gut-wrenching deathbed scenes of the last decade.”

His daughter Jasmine Cephas Jones also took home Outstanding Actress in a Short Form Comedy or Drama Series for her role as Tyisha in the Quibi drama #FreeRayshawn, making them the first father-daughter duo to take home Emmys the same year.

M. David Mullen (Film/Video MFA 91) was awarded the Emmy for Outstanding Cinematography for a Single Camera Series (One Hour) for Amazon Prime Video’s The Marvelous Mrs. Maisel. Mullen won for his work on the season three episode “It’s Comedy or Cabbage,” described by Vulture as a “blissfully satisfying episode of television.” The award marks Mullen’s third Emmy nomination and second win, the first of which was in the same category last year with Mrs. Maisel. See Mullen’s acceptance speech on the official Emmys site.