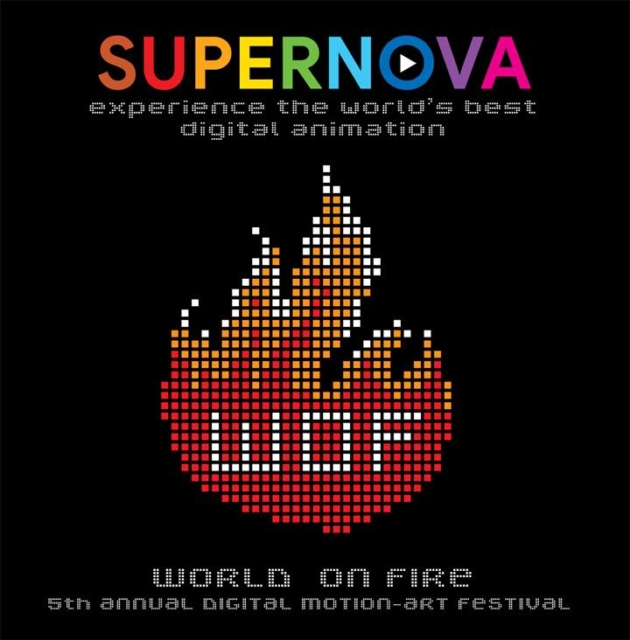 The 5th annual Supernova Digital Animation Festival, a month-long celebration of digital animation and motion-art, kicked off in Denver on Sept. 3. The festival includes an outdoor exhibition in the downtown area, as well as a virtual exhibition available to stream through the festival’s Supernova app.

Three different projects by CalArts alum Erik Mondrian (Music, Critical Studies – Integrated Media MFA 19) were selected for Supernova 2020, including his CalArts thesis For the Light of Other Shores.

For the Light of Other Shores is a series of 10 short videos filmed in the online virtual world Second Life (SL). The visual poems are introspective explorations of place, identity, and desire. The filming technique he employed is known as Machinima, which refers to cinematic productions that use real-time computer graphic engines like video games to generate animations. For the Light of Other Shores is featured in the Director’s Choice program.

In the festival’s Everything Abstract-Sonic program are two of Mondrian’s music videos, which were also filmed in Second Life: Tripping through Skyscrapers and Cetatea Poenari.

Tripping through Skyscrapers was filmed within the virtual art installation Skyscrapers by Gem Preiz. Cetatea Poenari was filmed in the SL region of the same name, which was built by and is home to the online Drakul family.

Supernova 2020 features a number of local workshops made in partnership with Unity, the world’s most widely used real-time engine.

Check out an artist introduction created by Mondrian for the festival below: