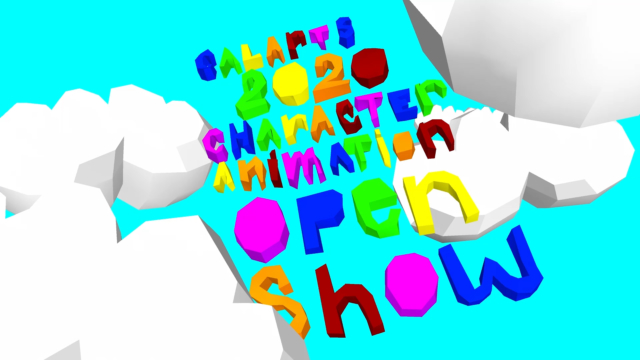 The first-ever virtual show features 37 student films, clocking in at a total runtime of two hours and 21 minutes. Participating Character Animation student artists, all of whom are Film/Video BFAs, include:

In The Deep by En Nelson-Correia

The Kitchlets by Clarisse Chua

Due to the pandemic, the Open Show had to migrate to a virtual showcase. The campus’ shuttering in the spring semester came on the heels of the annual CalArts Animation Portfolio Day event, after which, according to School of Film/Video Assistant Dean and Program Director of Character Animation Maija Burnett, is typically when “students batten down the hatches and put in a huge amount of time completing their films prior to the April deadline.”

During the transition to remote instruction, students had limited time to retrieve their film files from the lab servers before leaving campus. Many were later mailed lab computers and Wacom Cintiqs, an extensive effort coordinated by members of the School of Film/Video staff. The film submission deadline was also extended to better accommodate students due to the sudden upheaval.