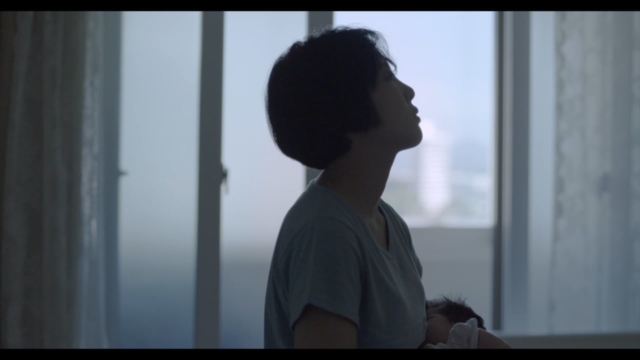 The 16-minute film, originally titled Soo after the main character, follows a Korean woman reorienting herself as she grapples with postpartum depression after delivering her first child. Soo is forced to leave her job as a result of her depression, further complicating her adjustment to her new role as a mother.

“I watched a documentary about a woman filmmaker, who went through postpartum depression,” Kim cited as the film’s inspiration on the project’s Indiegogo page. “During that time in Korea, postpartum depression was considered a simple, mild mood swing that affects new moms, and no one really understood its full effects. I wanted to explore more about the diagnosis because of strong, inner fears I sensed, as a woman.”

“This film follows [Soo’s] struggle to adjust herself to society,” said Kim. “She tries to reconnect with her society, but it is really hard.”

Mother, Flower was shot in South Korea and distributed by Indiestory, recognized as a leading film production and distribution company dedicated to Korean independent films.

Kim is a Korean filmmaker whose internationally screened works delve into social issues related to women, teenagers, and marginalized groups. She is the recipient of a CalArts Fellowship in the 2016 Flaherty Seminar and an Alison Dorner Pioneering Women Filmmaker Award.