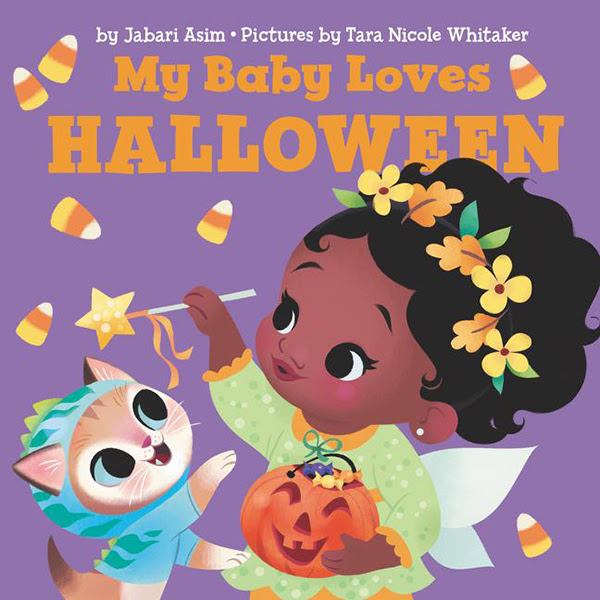 While the physical space of The Walt Disney Family Museum in San Francisco remains temporarily closed, the museum continues to offer a number of virtual events, talks, educational workshops, and exhibitions online.

On Tuesday, Oct. 27, children and families are welcome to attend a virtual storytime with CalArts alum Tara Nicole Whitaker (Film/Video BFA 02, MFA 03), illustrator of the children’s book, My Baby Loves Halloween. Whitaker will read aloud the story of Baby and Halloween fun and then take questions from the audience via Zoom.

Released in July, the board book is part of a Harper Collins book series that features illustrations by Whitaker and stories by Jabari Asim. Other books include My Baby Loves Christmas (2019) and My Baby Loves Valentine’s Day, which is due out later this year.

In addition to the Baby Loves series, Whitaker also illustrated the children’s book, Bubble Kisses, from singer, actress, and dancer Vanessa Williams. It was released in May.

In the animation world, Whitaker has worked for DreamWorks, Nickelodeon, Cartoon Network, and Netflix since her CalArts days, and is currently a director on the upcoming reboot of The Proud Family: Louder and Prouder for Disney Television Animation.

The series, which originally aired on the Disney Channel in the early aughts, returns with original series creator/executive producer and fellow CalArtian Bruce W. Smith (Film/Video BFA 83) and executive producer Ralph Farquha. No release date has been announced.

Interested participants must register by 12 p.m. PDT on Monday, Oct. 26. A Zoom link to the workshop and instructions for joining will be sent via email before the event.