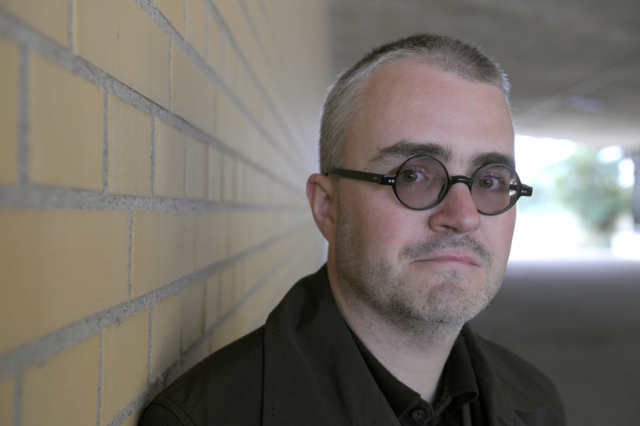 Volker Straebel has been appointed the next dean of The Herb Alpert School of Music at CalArts and the new Richard Seaver Distinguished Chair in Music. | Photo by Kai Bienert.

On Wednesday, Oct. 28, CalArts announced the appointment of Volker Straebel as the next dean of The Herb Alpert School of Music at CalArts (HASOM) and the new Richard Seaver Distinguished Chair in Music.

A musicologist, composer, curator, and academic leader, Straebel has served as director of the master’s program of Sound Studies and Sonic Arts at the Berlin University of the Arts since 2015. Prior to that he served as director of the Electronic Music Studio at the Technical University Berlin. His expertise lies in the American avant-garde, experimental music, and sound art.

Straebel takes the reins from longtime dean David Rosenboom, who wrote in a statement:

How daunting it is for me to absorb the notion that for almost 61 semesters, it has been my honor and privilege to help nurture the arboretum of creative possibilities that is The Herb Alpert School of Music at CalArts.

Throughout this time, we have collectively pursued our aspirations for students to reach the highest levels of agency, to always increase their field of options, and provide a safe haven for unpredictable ideas that just might become game changers. Now, I am very pleased and excited to welcome Volker Straebel into our collaborative community to help steer HASOM from the dean’s chair into its next cycle of creative emergence.

Straebel’s distinguished international career includes writing, lecturing, curating, and serving on on numerous prestigious juries and committees such as ‘Sonambiente,’ a festival on sound art produced by the Berlin Academy of the Arts and Berliner Festspiele, and the Electroacoustic Music Studies Network conference. Straebel’s publications include pieces on sound art, media-specific music, John Cage, Alvin Lucier, and Phill Niblock.

Straebel also composes and performs electro-acoustic music, and has realized many works by John Cage, including ‘si·mul·ta·ne·ous si·lence,’ Urban Circus on Berlin Alexanderplatz, and Where are we going? And what are we doing? among others.

In 2018, he contributed a piece “Chromatisch (8 Oktaven über 1/8 Hz),” to the album Segmod on the Dumpf Edition label. Each of the tracks, including Straebel’s, was composed using the nonstandard sound synthesis program Segmod developed by Luc Döbereiner and Martin Loren.

“Chromatisch (8 Oktaven über 1/8 Hz)” contains low frequencies that mainly fall into the inaudible range. According to Straebel’s website, “The auditory perception depends on the physical characteristics of the playback system used. If you stop the playback of the file before its end, different sounds can be heard, caused by the falling back of the speaker cone to its original position.”

Straebel will begin his tenure officially on Jan. 2, 2021. Until that time, he will be working closely with Rosenboom, the HASOM executive committee, and HASOM faculty and staff to become better acquainted with CalArts, and to create a smooth transition of leadership.

“It has been a pleasure to get to know Volker through our recent conversations and through learning more about his background,” Rosenboom said. “I believe he will bring broad knowledge, substantial experience, and keen sensitivities to the job at hand, as HASOM and CalArts remake themselves, bring a resolving cadence to the complex times in which we live now, and bloom in the new light that must shine ahead. I extend a warm welcome to Volker and wish him the very best success!”