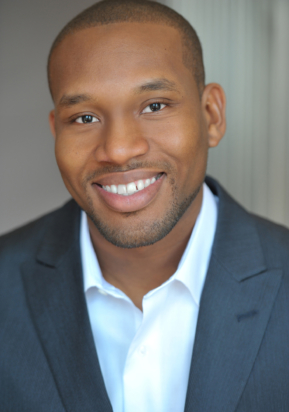 Tyrone Davis (Theater MFA 12) has been promoted to associate artistic director of Center Theatre Group, a Los Angeles-based arts nonprofit recognized as one of the largest theater companies in the US.

Davis’ appointment reflects Center Theatre Group’s expansion of artistic and leadership teams with the aim of forming a more inclusive organization. Since joining in 2017, Davis has served as an audience engagement director, as well as the director of education and engagement in the Education, Engagement and Community Partnerships Department.

In his new post, he will advance conversations about racial equity in the company’s works, as well as addressing structural issues in “hiring practices, professional development investments, and organizational leadership and hierarchy.” Davis has already begun developing a new series titled “Not a Moment, But a Movement.” The series is slated for release on Center Theatre Group’s Digital Stage, and pairs “play readings with visual artists and musicians to create an interdisciplinary collaboration to amplify and center Black artists.”

“As a native Angeleno, it is a great honor with much responsibility to take on this position where artistic decisions are being made for the Taper, the Ahmanson and the Douglas—three theatres I grew up on,” Davis was quoted in the official release. “I owe a true debt of gratitude to BIPOC artists like Diane Rodriguez, Lee Kenneth Richardson and so many others who laid the foundation for me, and know that I am taking on a responsibility to those that will follow. I will keep both in mind as I help to shape Center Theatre Group’s future.”

Davis previously served as community artistic director at the American Conservatory Theatre (ACT) in San Francisco, where he provided access to live theater for Bay Area high schools and the surrounding communities. In 2014, Davis, the co-founder of The Collective at CalArts, collaborated with the then-current president of the Collective Carol A. Simon (Theater MFA 14) to stage three CalArts shows in San Francisco.

“We are thrilled for Tyrone and this next stage in his exemplary career,” said CalArts School of Theater Dean Travis Preston. “Returning to the School of Theater last fall to direct Two Trains Running, he created a production of astonishing power, guiding our students to new artistic heights while modeling excellence of creativity and character. I have no doubt he will bring that same leadership and vision to CTG and the greater LA arts community.”