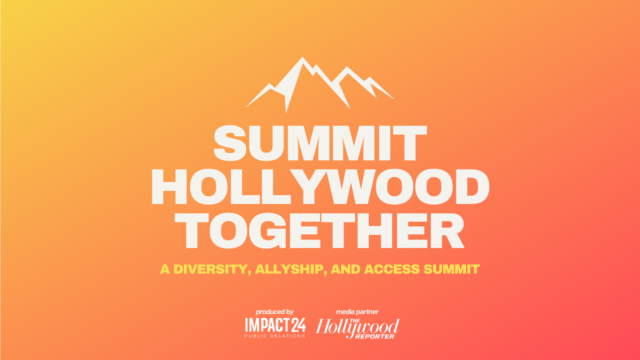 On Saturday (Jan. 16), CalArtians will join the Summit Hollywood Together: A Look Into Diversity, Allyship and Access, a virtual event hosted by The Hollywood Reporter (THR) and entertainment public relations agency Impact24 PR.

The summit opens at 10 a.m. with an introduction by The Hollywood Reporter Editorial Director Nekesa Mumbi Moody and close with remarks by CalArts President Ravi Rajan.

The conference convenes distinguished creators, executives, and industry and community leaders in attendance to “discuss and share resources on how to use the power of storytelling, production and personal platforms to advance social justice issues, heal community divides and increase opportunities for rising and diverse talent.”

Other CalArtians participating in the summit are School of Film/Video Interim Dean Abigail Severance and Emmy Award-winning investigative filmmaker Kirby Dick (Art BFA 76). Dick’s recent documentary On the Record (2020), co-directed with Amy Ziering (who will also speak at the event) follows former hip hop executive Drew Dixon, as she grapples with her decision to come forward about her rape by one of the music industry’s most powerful men. Dixon is also participating in the summit.

The summit will be viewable on THR’s official Facebook page. See the full list of confirmed speakers on THR.

Summit Hollywood Together: A Look Into Diversity, Allyship and Access