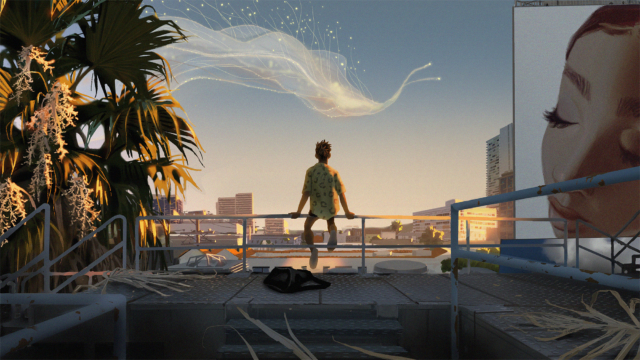 Set in a secret, magical community where girls are born to be witches and boys grow into shapeshifters, The Witch Boy is about a young boy named Aster, who is surprised to discover his emerging witch powers. He embarks on a journey to learn the truth about himself and the magical world he lives in, which has become endangered by a mysterious new force.

“It has been a lifelong dream of mine to create an animated film that pushes the medium forward, both in content and form. The connection between this dream, my experiences and Aster and Juniper’s story is what draws me to this film every day. I am grateful to be creating this with the wonderful team at Netflix. My hope is that this film, by celebrating queerness and ‘otherness,’ will come to audiences around the world as something truly special,” Minkyu Lee said in a statement.

A writer, animator, and director, Lee’s independent short film Adam and the Dog was nominated for an Academy Award in 2013. He also worked on the Oscar-winning film Dear Basketball, created by Glen Keane (Film/Video 74) and the late Kobe Bryant. Other animated projects Lee has worked on include Winnie the Pooh, The Princess and the Frog, Frozen, and Big Hero 6.

Watch the trailer for Adam and the Dog below: