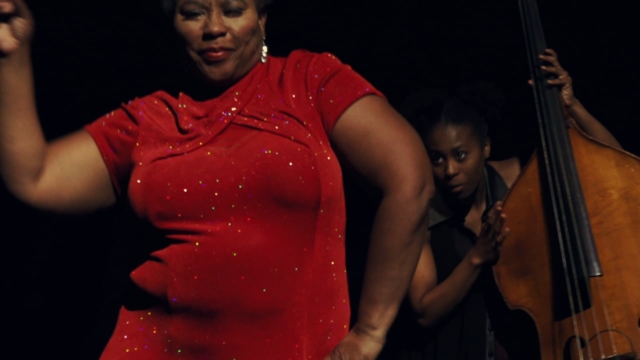 My heart’s beating inside myself, inside yourself, the heart of the earth. I am here are you? Can you see me? Can you hear me? Based on a dream to bring two women together to create a collaboration that celebrated the joy of being alive, “Double Up” is a powerful conversation, through music and dance: Nedra Wheeler on bass and voice, and tap dancer Kyreeana Breelin.

The short film was originally commissioned by The Sharon Disney Lund School of Dance and created in part through Penzani’s participation in the 2017 Evelyn Sharp/CalArts Summer Choreographic Residency. In 2017, the film screened at CalArts’ Bijou Theater after its official premiere at the Vision Dance Film Festival in Taiwan, which was organized and directed by CalArts alum Pei-hsuan Li (Dance MFA 07).

Sans Souci Festival’s virtual screening of “Double Up” is free and available to the public.