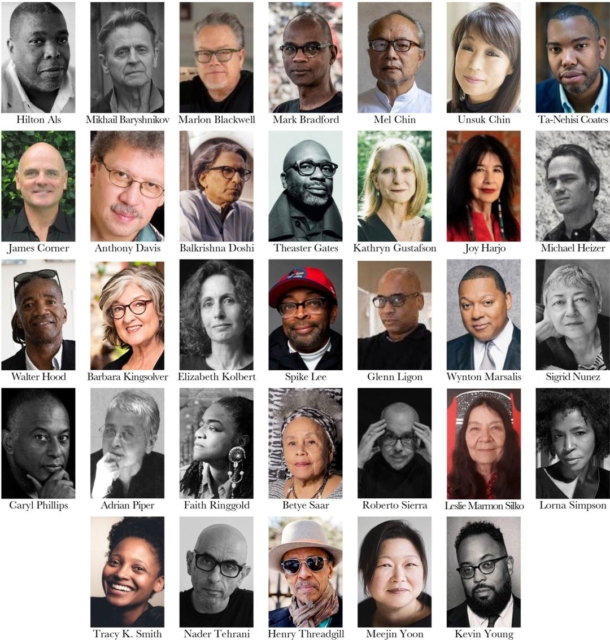 Painter and CalArts alum Mark Bradford is a newly elected member of the American Academy of Arts and Letters. | Image from Facebook.

On March 5, the American Academy of Arts and Letters, an honor society of the country’s 300 leading architects, artists, composers, and writers, announced 29 new members and four honorary members, including painter and CalArts alum Mark Bradford (Art BFA 95, MFA 97). Also among its newly elected members is poet Joy Harjo, the 2021 Katie Jacobson Writer in Residence at CalArts.

The society was founded in 1898, and since 1908, had capped its membership at 250. The addition of 33 new members is an effort by the board of directors to create a more inclusive academy that truly represents America. Being elected to the Academy is considered the highest form of recognition of artistic merit in the United States.

The academy is responsible for a number of initiatives that generate and sustain a cultural interest in Literature, Music, and the Fine Arts. Each year, they administer over 70 awards and prizes, exhibit art and manuscripts, fund performances or new works of musical theater, and purchase artwork for donation to museums across the United States.

The new members will be inducted into the American Academy of Arts and Letters during its virtual award ceremony on May 19 at 7 pm EST.