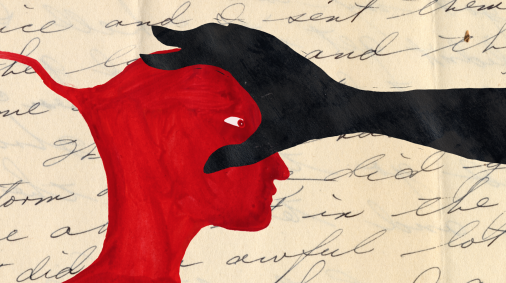 Still from Panushka’s Blood of The Family Tree

Panushka, an internationally renowned artist known for films including The Sum of Them (1985) and Night-time Fears and Fantasies (1986), explores “internal states of being and the female psyche using stillness and small gestures to describe emotional and spiritual states” in her works. Panushka earned a BFA in Fine Art: Filmmaking, Printmaking from the University of Utah in 1977, and enrolled in the MFA program in Experimental Animation from CalArts in 1980, graduating three years later.

Among the filmmaker’s recent works is Christine Panushka: Blood of The Family Tree, a feature length self-made animation described by media arts theorist Gene Youngblood as “completely original and capable of affecting both cerebral and sensual complexities.” Blood of the Family Tree was originally scheduled to premiere as a live performance at REDCAT in October 2020, but the COVID-19 pandemic led the event to be streamed virtually in April 2020.

In 1996, Panushka was named an Absolut Visionary for conceptualizing, directing, and curating the groundbreaking website Absolut Panushka, the second edition in a series of content-based sites sponsored by Absolut Vodka. Absolut Panushka highlighted the works of 32 world-class animators, including Panushka, and featured a festival and history section, as well as an animation too with which any visitor could produce their own animation and have it posted on the site. Absolut Panushka was honored with First Prize for Animation on the Internet by both the World Animation Celebration in Los Angeles and the Holland International Animation Film Festival in Utrecht, Holland, as well as an Award of Excellence from Communication Arts Magazine. Watch the nine-minute animation for Absolut Panushka on the artist’s Vimeo.

As an educator, Panushka served as the former associate director of the Experimental Animation Program at CalArts. She also served as associate dean of the School of Film/Video for three years, and founded California State Summer School for the Arts (CSSSA), a statewide high school summer arts program sponsored by the state of California. Panushka currently serves as faculty in USC’s John Hench Division of Animation and Digital Arts, School of Cinematic Arts.