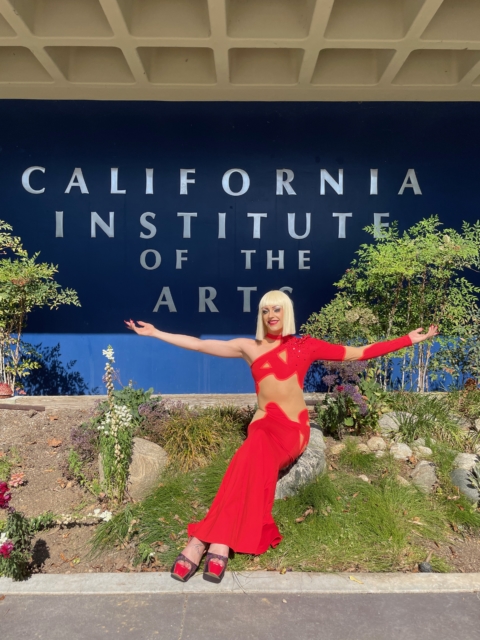 Despite not being held in-person, CalArts 2021 virtual graduation on May 14 was a special day of celebration for the community. The livestreamed event included remarks from CalArts leadership, including President Ravi Rajan, Provost Tracie Costantino, and Board of Trustees President Tim Disney. 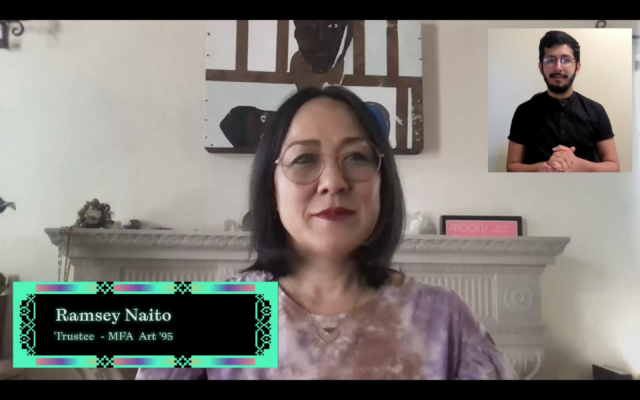 This year’s keynote address was given by President of Nickelodeon Animation Ramsey Naito (Art MFA 95). She applauded the class of 2021 for their “dedication and determination,” and shared how her own CalArts experience was also atypical due to the 1994 Northridge earthquake that destroyed much of the campus and forced the community to relocate to an abandoned JPL facility in the desert. “That’s what’s important about us,” Naito said. “We didn’t just graduate from one of the best art schools in the world. We did so not according to plan.”

Naito also spoke about how art has been a force against the weight of racism she has experienced her entire life. In 1969, her mother married a Japanese man, and was immediately disowned by her family, which led to her parents’ early divorce. When she was 7, her mother took her to New York City and reintroduced her to her father, a sculptor. Naito said it was a life-changing moment. She continued visiting him every summer, immersing herself in the city’s vibrant arts scene. “It was where art offered me a way to see, a way to cope, and a way to live because art is culture, ever changing, original, curious, inclusive, disruptive, beautiful, empowering, and a force…Importantly art was a part of my life when things were difficult. When things did not go as planned.” 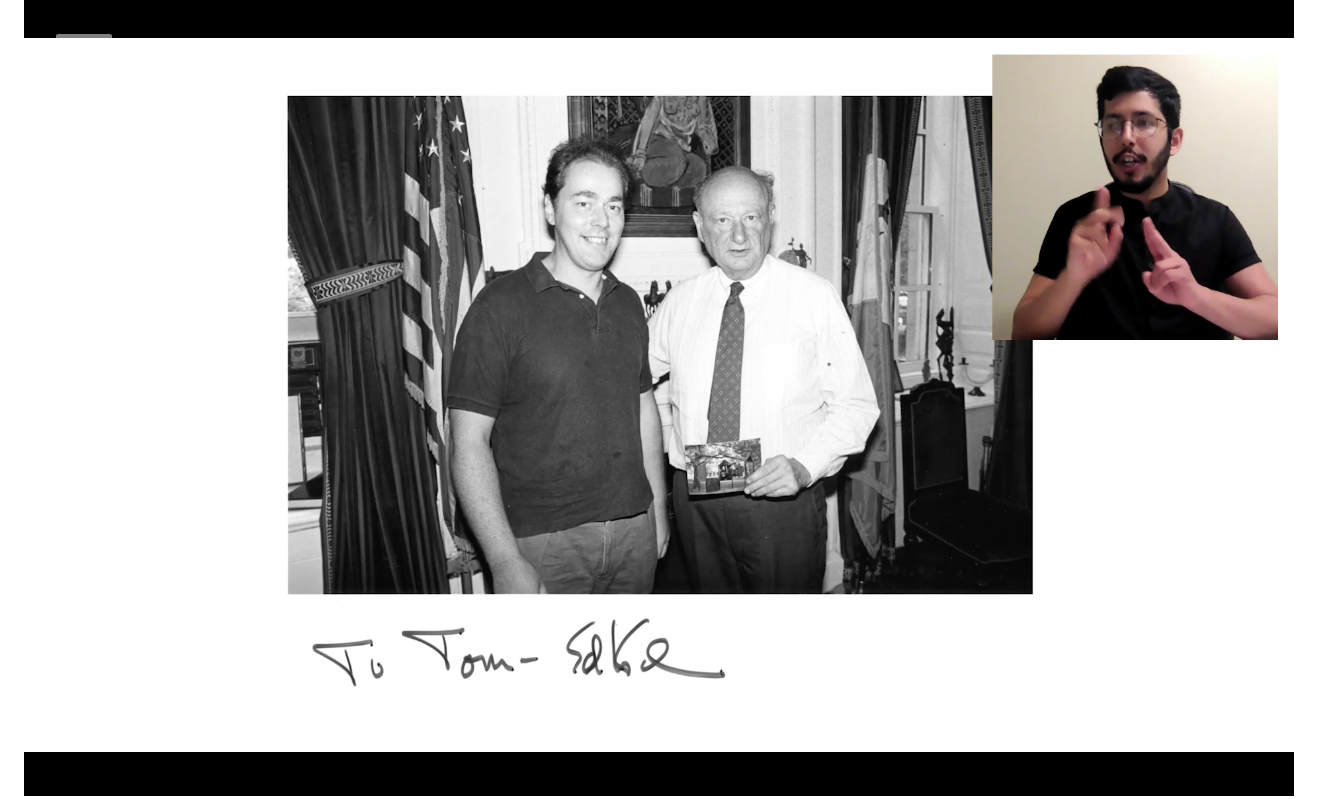 Screenshot of the Tom Lawson tribute during the CalArts 2021 Graduation Ceremony.

The ceremony also included a tribute to Tom Lawson, who is stepping down as Dean of the School of Art after three decades of extraordinary service to CalArts. In the commemoration, fellow faculty, alumnx, and former mentees spoke about Lawson’s impact on their lives and artistic practices. “Tom Lawson’s commitment to the cause of art and culture represents an example for all of us to aspire to,” said CalArts faculty Sam Durant. “His dedication to the School of Art is historic, and he will forever be remembered at CalArts for his grace, and care, and sense of humor and decency.”

For the grand finale, dancer and performer Jay Jackson (Dance BFA 11) aka Laganja Estranja, wearing a dress designed by fellow CalArtian Marco Morante (Theater BFA 02), addressed the graduates. She spoke about being proud of the openness of the CalArts community and the valuable lessons and skills she acquired while in school. “Skills like adapting to any situation, being inventive on a small budget, building a team of multifaceted artists, keeping up physical stamina while on a rigorous schedule, and that list goes on and on and on.”

Estranja also encouraged them to be bold, color outside the lines, and turn “adversity into opportunity,” adding “it’s because I don’t fit within a tight little box that I was able to bring visibility to my community worldwide.” Estranja’s final note to the class of 2021 was to seize the day and “shape the next generation of thinkers, doers, and movers and shakers.” 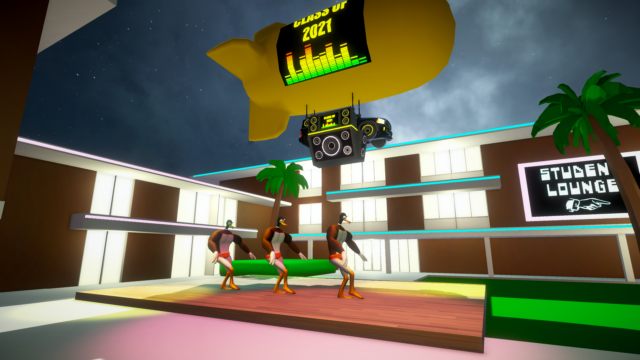 Screen shot of the virtual reality after party. | Photo by Meisen Hu.

After the ceremony, students, alumni, friends, and family continued their celebration in a virtual reality pool party, and Zoom after party, which featured games and live performances with CalArts DJs.

For those who missed the ceremony, or would like to relive graduation, the complete recording of the ceremony is available on the CalArts Graduation website.