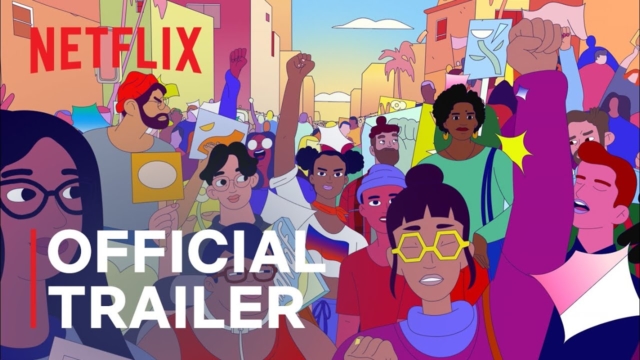 Throughout 10 episodes, We the People delivers a lesson in civics to youth viewers, with each of the 10 episodes focusing on a particular aspect of US government and citizenship as animated by the aforementioned animator-directors. The series boasts an impressive roster of musical artists, including Brandi Carlile, Lin-Manuel Miranda, Andra Day, H.E.R., Adam Lambert, Janelle Monáe, and Cordae, as well as poetry by Amanda Gorman, all of whom will perform original compositions to soundtrack each episode’s narrative.

Per a recent Entertainment Weekly article, Netflix describes We the People as “an exuberant call to action for everyone to rethink civics as a living, breathing thing and to reframe their understanding of what government and citizenship mean in a modern world.”

We the People makes its world debut on Thursday, June 24 at AFI DOCS 2021, followed by a Netflix premiere fittingly set for Sunday, July 4.