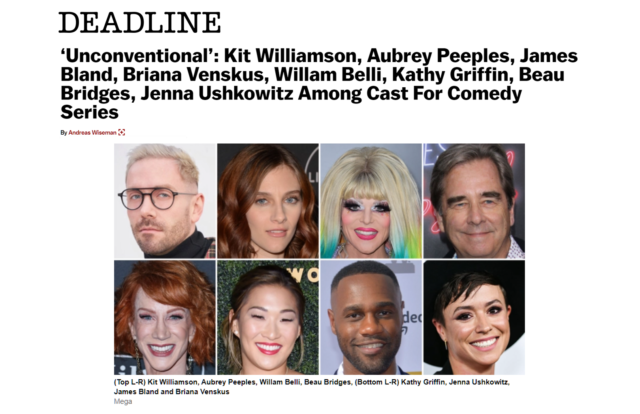 The series, which was developed at the Sundance Lab, is currently filming. It follows queer siblings Noah and Margot Guillory (Williamson and Aubrey Peeples) and their partners Dan Charles (James Bland, who also serves as a series writer, producer, and director) and Elisa Slate (Venskus). The couples attempt to forge an unconventional family in the wake of an unstable and uncertain world, all while navigating their 30s.

The cast is rounded out with series regulars Dana Wheeler-Nicholson (Friday Night Lights) as the conservative matriarch of the Guillory family, as well as Willam Belli (RuPaul’s Drag Race), Constantine Rousouli (AJ and the Queen), and Laith Ashley (Pose).

“It’s still rare for a TV show to centre on the LGBTQ+ experience,” Williamson shared in a statement with Gay Times. “Filming this series independently enables us to tell the story on our own terms, and to create opportunities for queer talent. We deserve a more authentic representation in front of and behind the camera.”

Venskus is known for her previous role as Beatrice in AMC’s The Walking Dead, Agent Piper in Agents of S.H.I.E.L.D. (2013) and Agent Vasquez in Supergirl (2015). In 2017, Venskus joined the cast of Cinemax’s supernatural horror Outcast as Officer Nuñez.